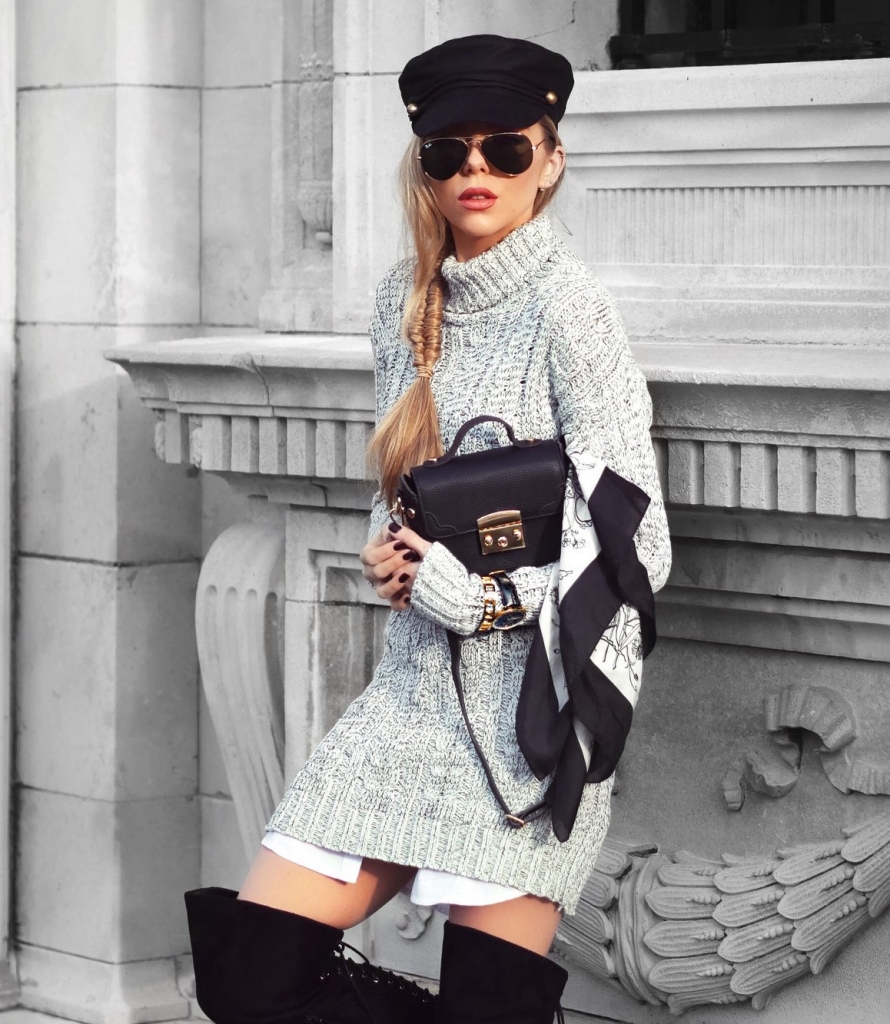 – HOW TO ADAPT THE THIGH HIGH –

The thigh high boot, usually known for it’s staring role on the night club dance floor. A nightclub outing is a rare occasion these days, out of fearing the week long hang over that follows a sip of alcohol. Once a trooper, these days one shot of vodka is enough to send me into a week long coma where Gossip Girl and SATC are the only languages I speak. 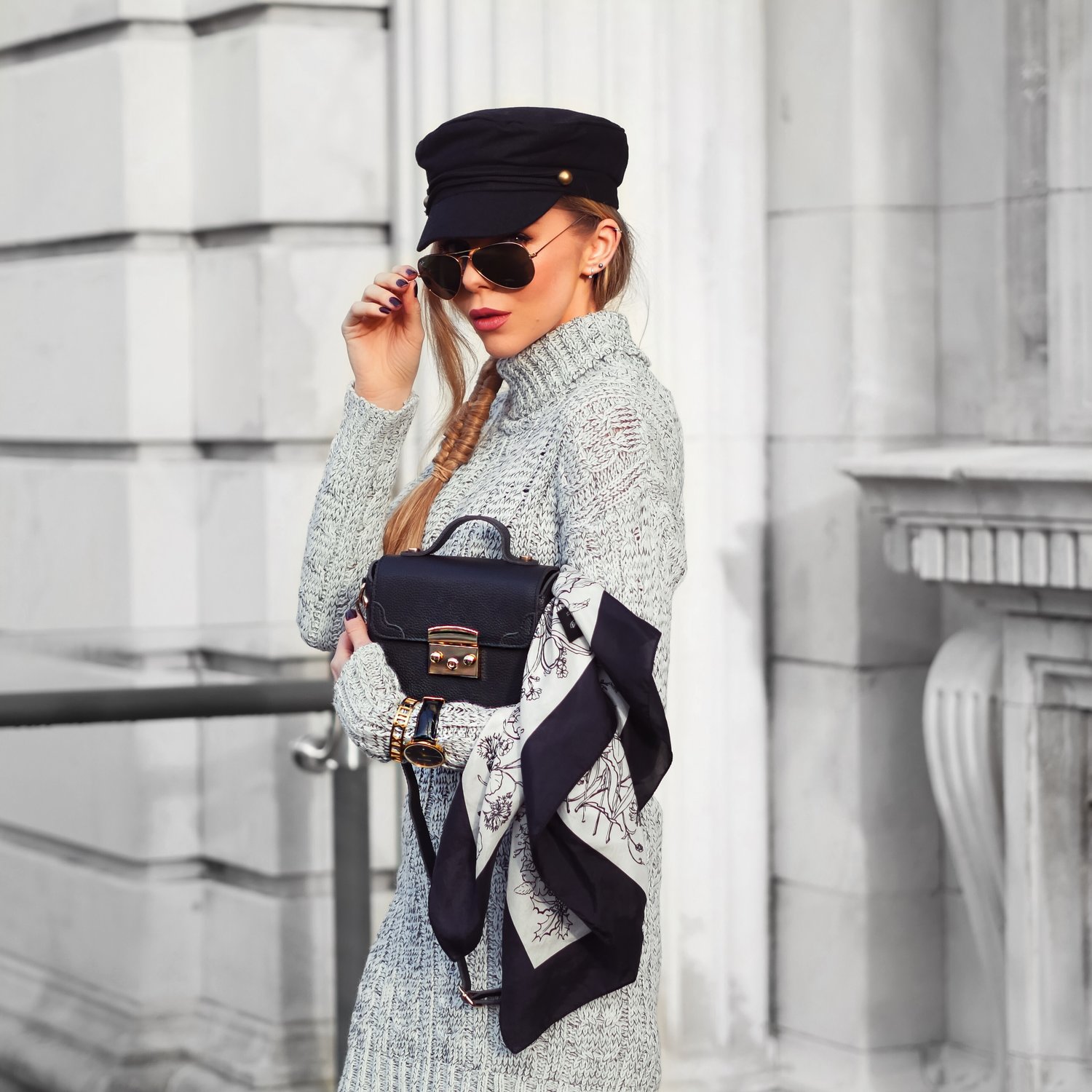 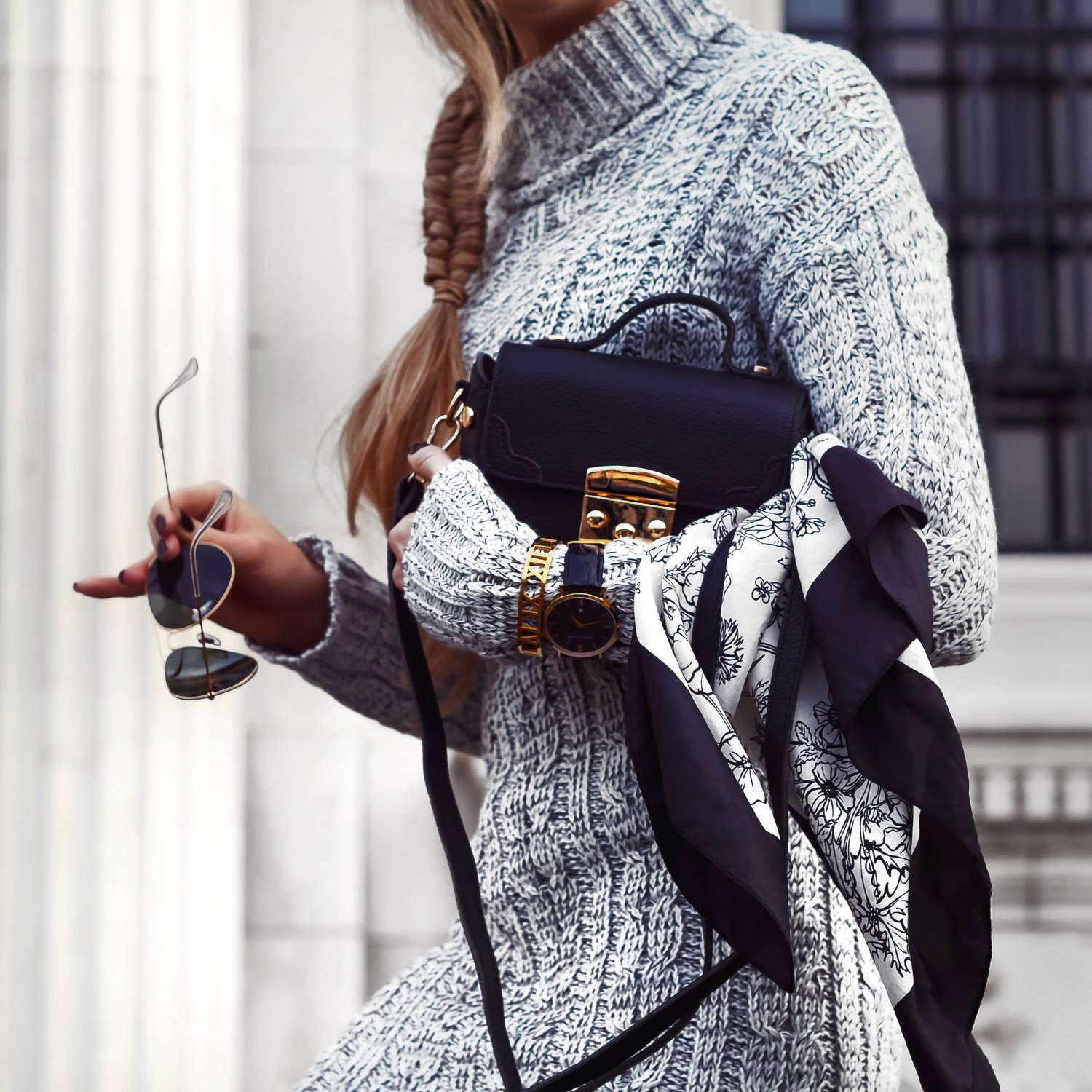 So where do I get to wear my beloved thigh highs that make want to strut the catwalk like Julia Roberts in Pretty Woman? 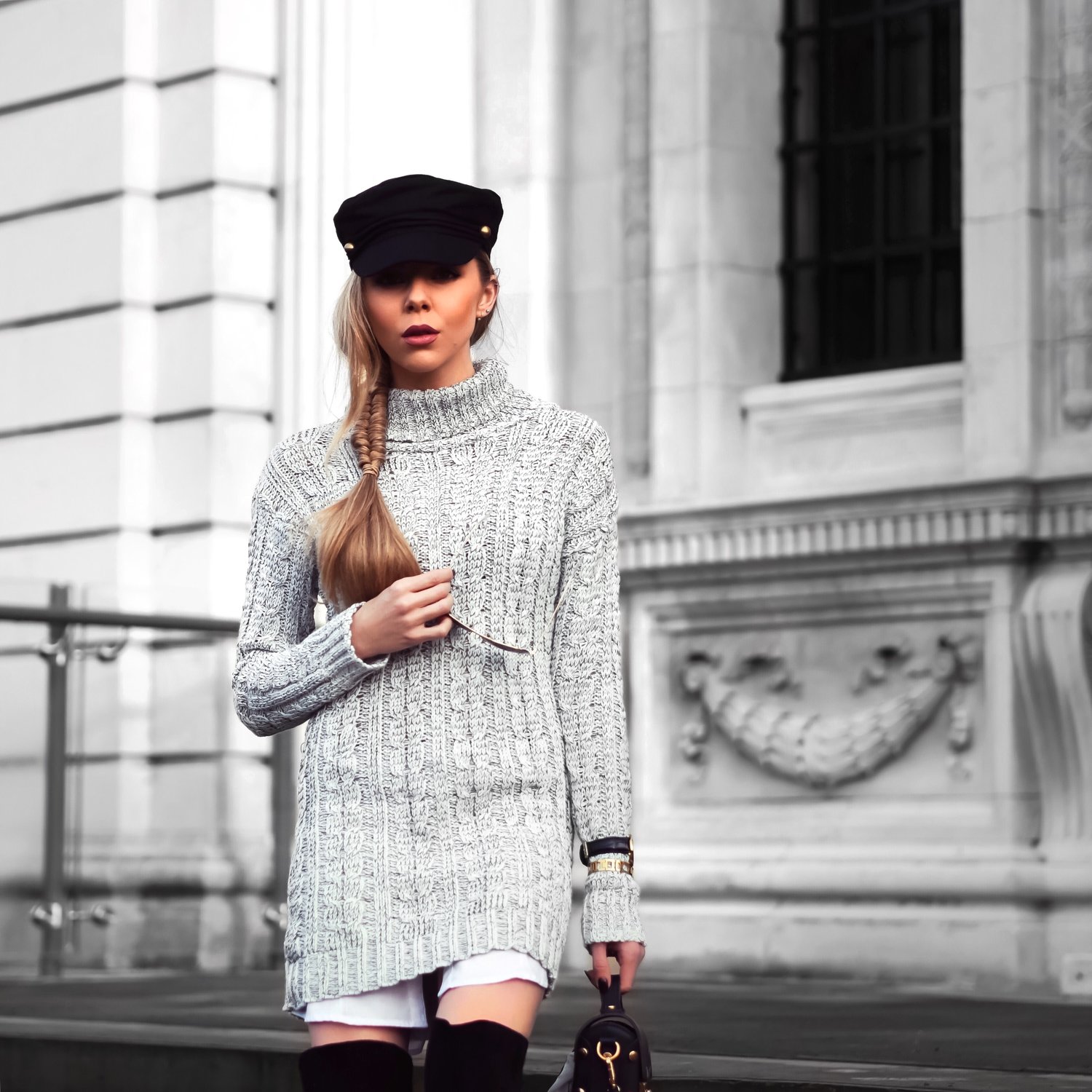 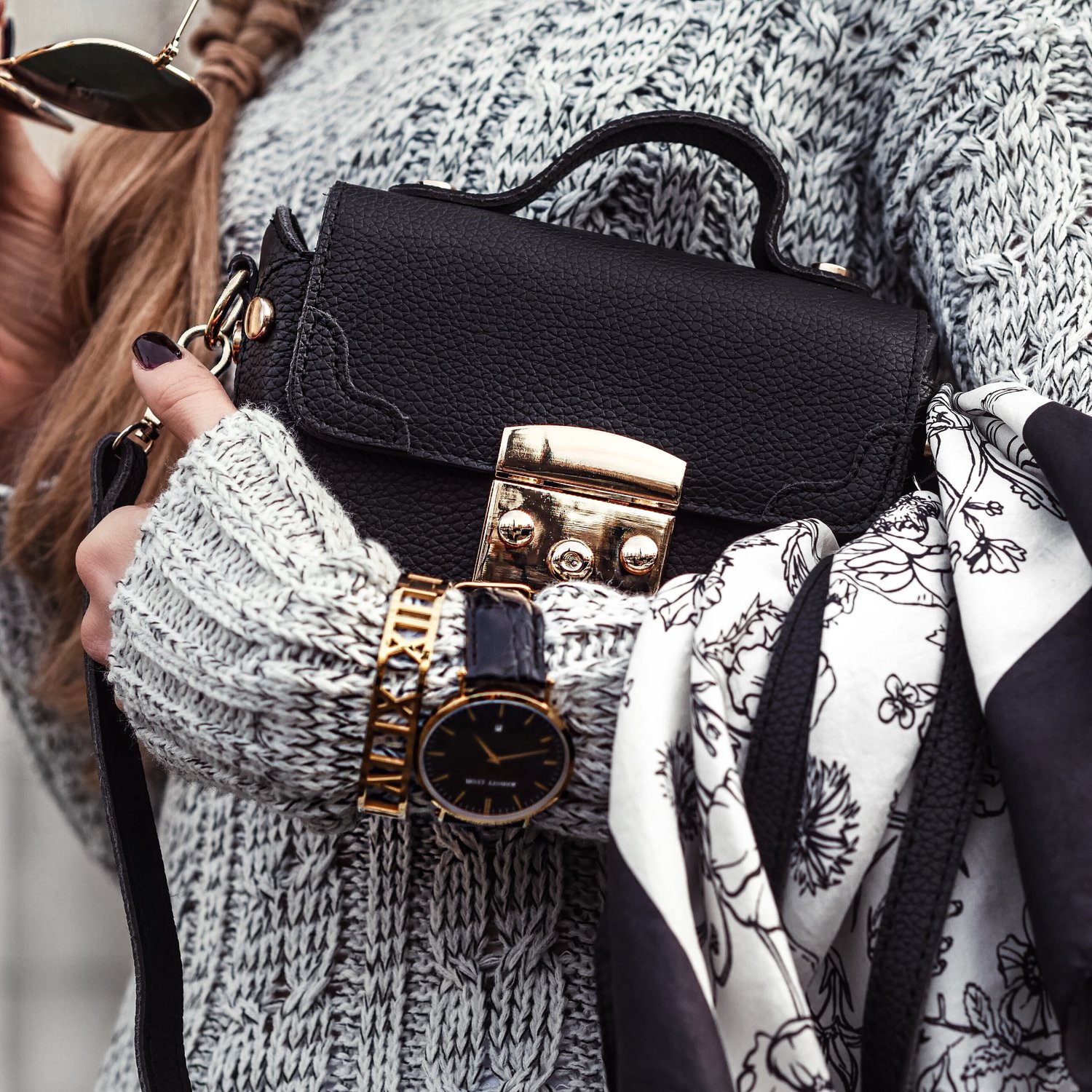 Knitwear is the answer to so many of my fashion questions. When in doubt style it out with knitwear….if you live in the UK. 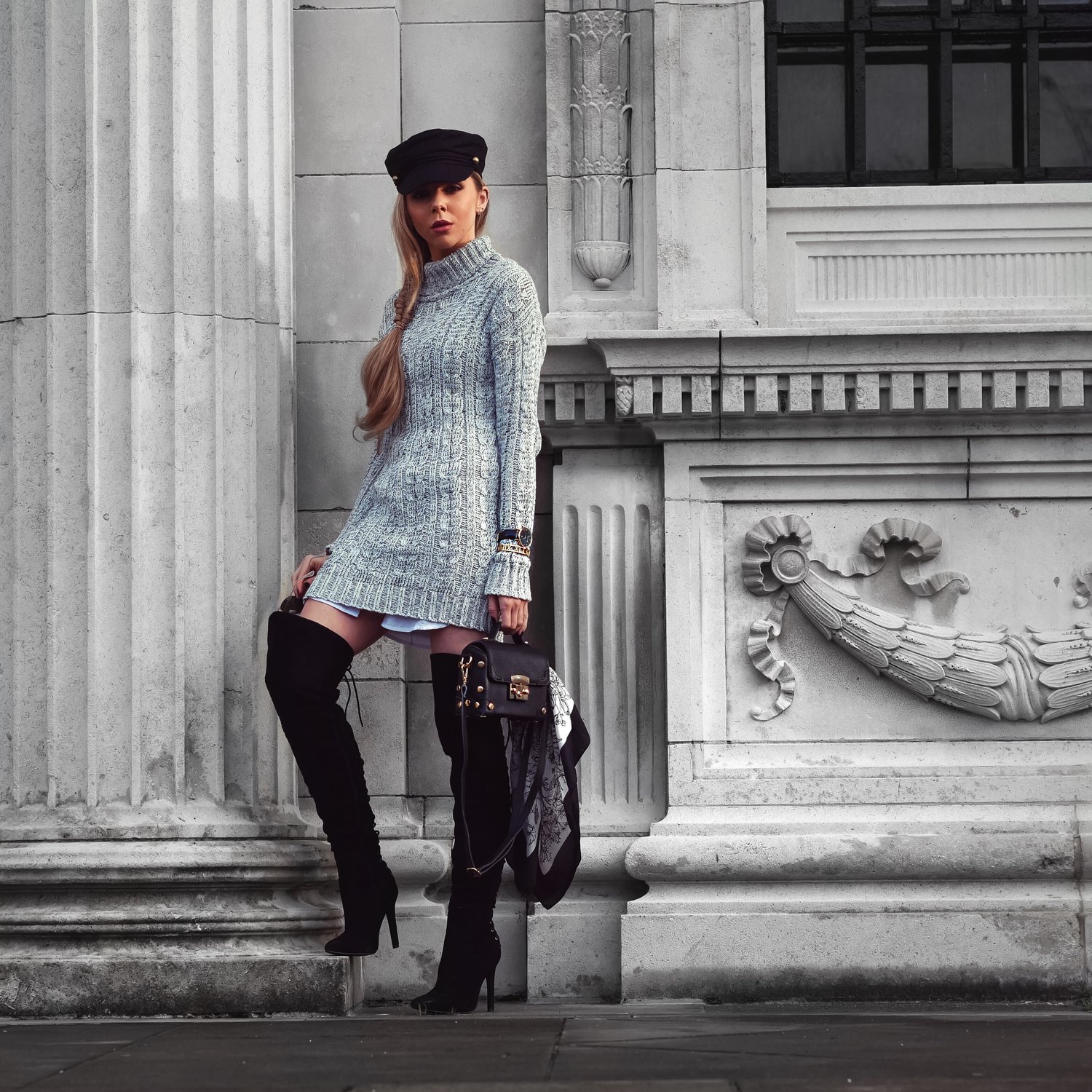 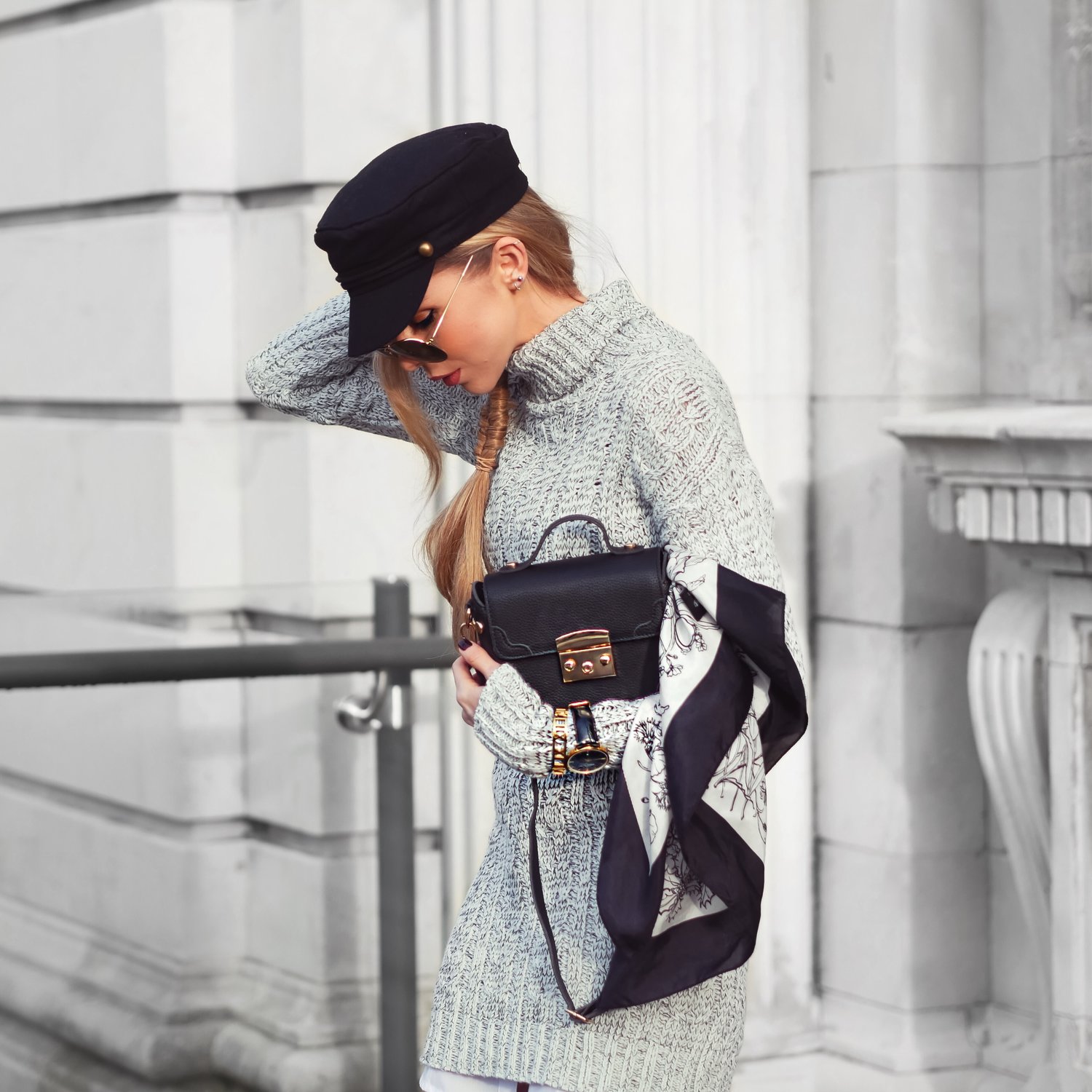 Pairing your over the knee boots with a contrasting oversized knit will tone down the sex appeal a few notches leaving you with an appropriate everyday attire. 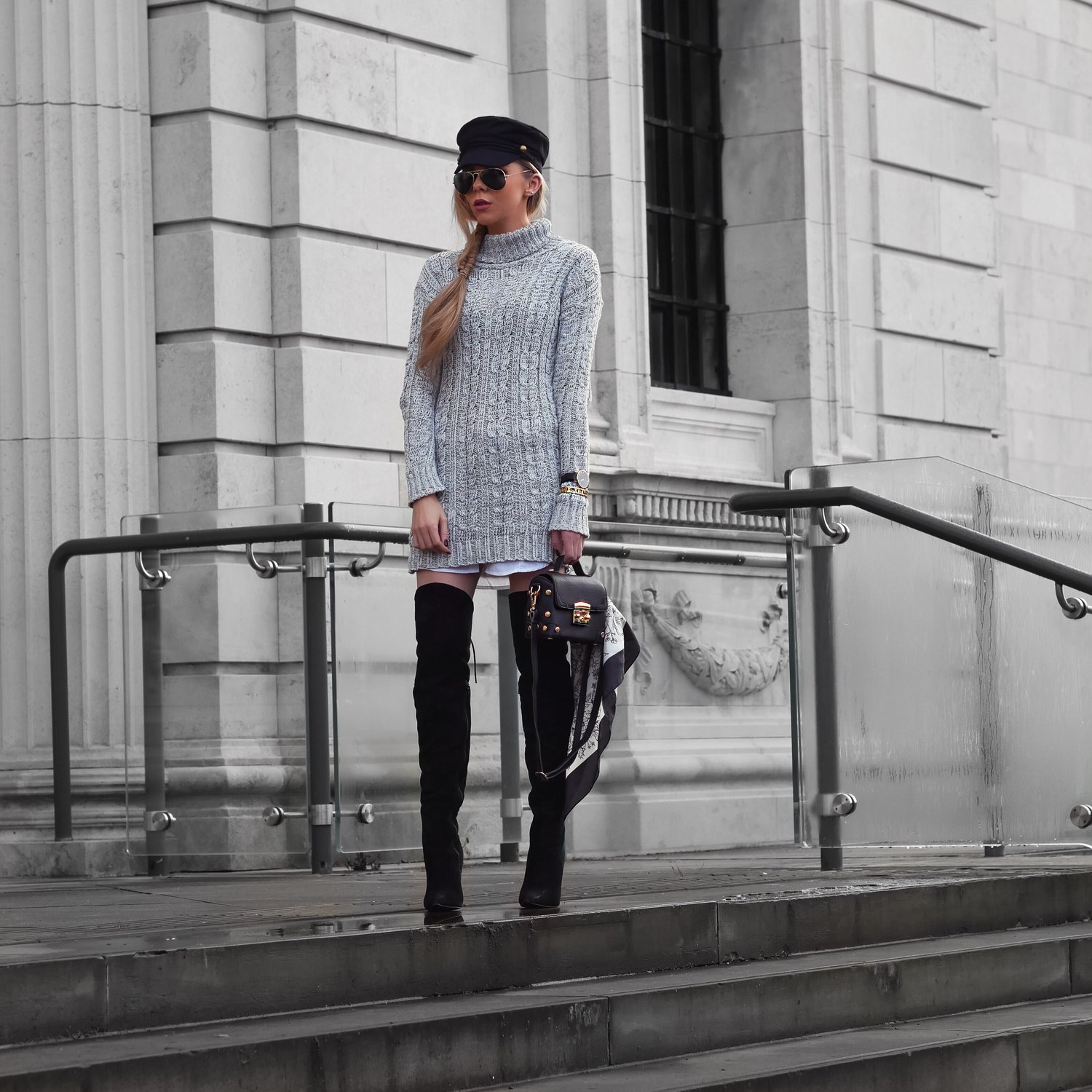 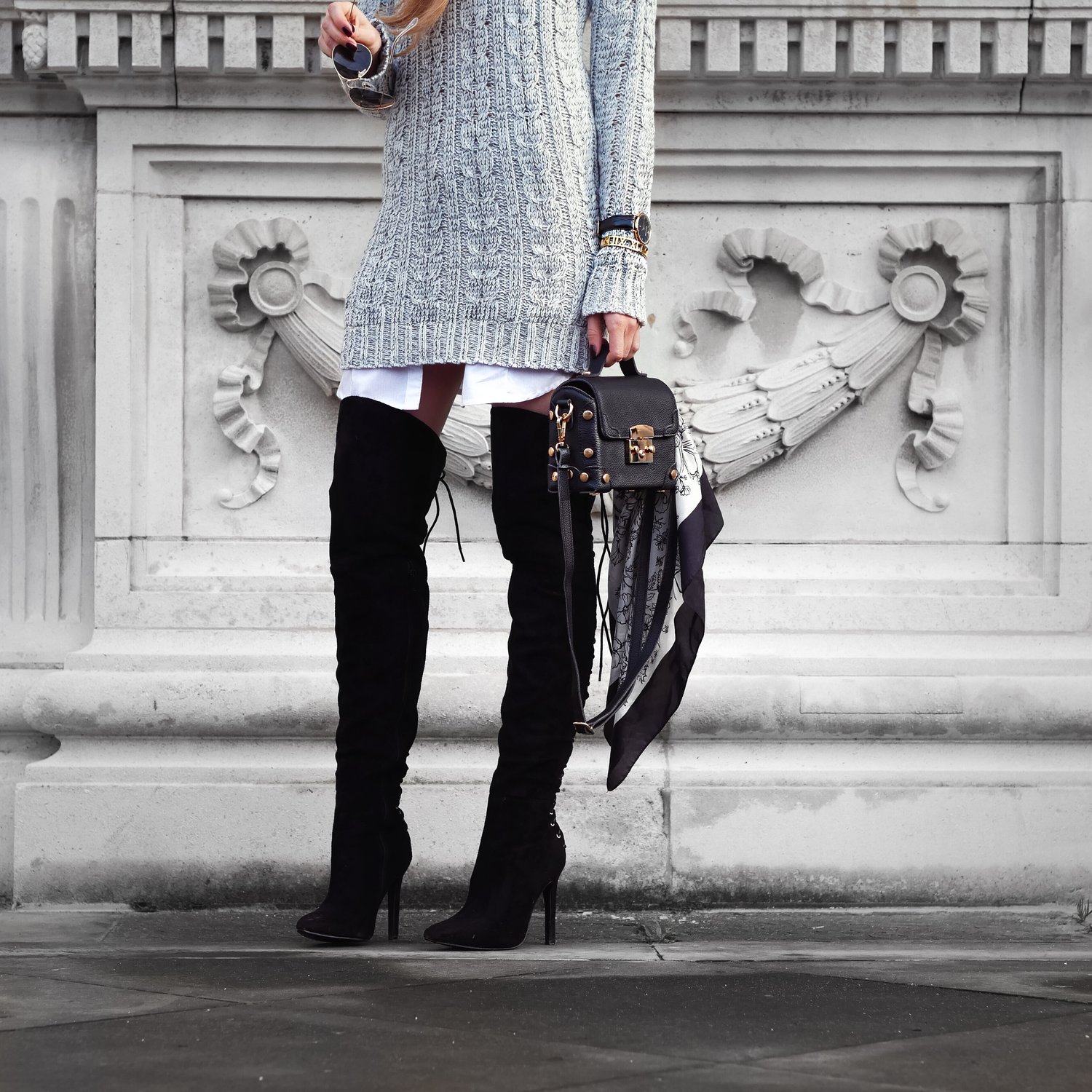 Inspired by the Gigi Hadid x Tommy Hilfiger collaboration I brought this concept to life via two of my favourite high street brands – ASOS and Boohoo. 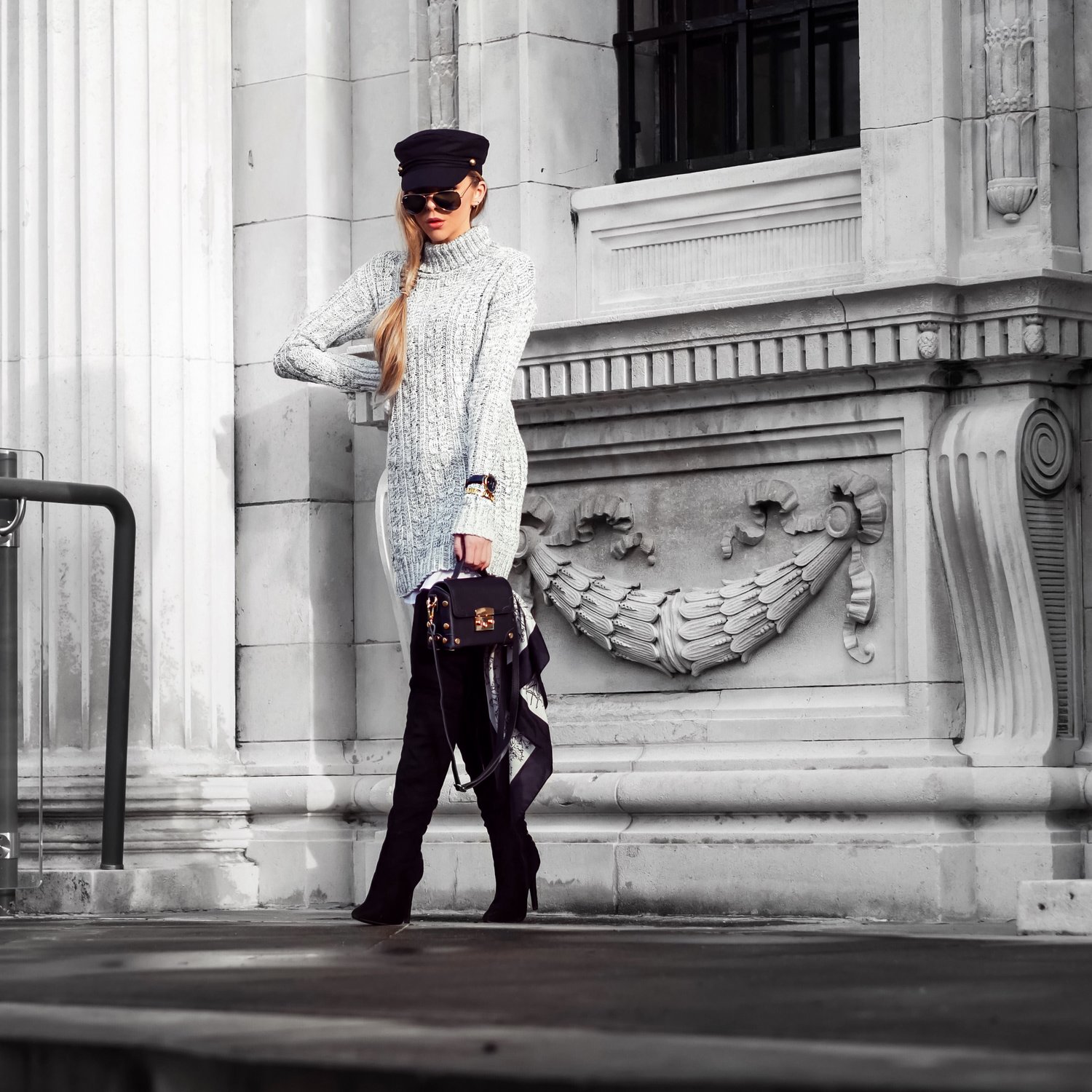 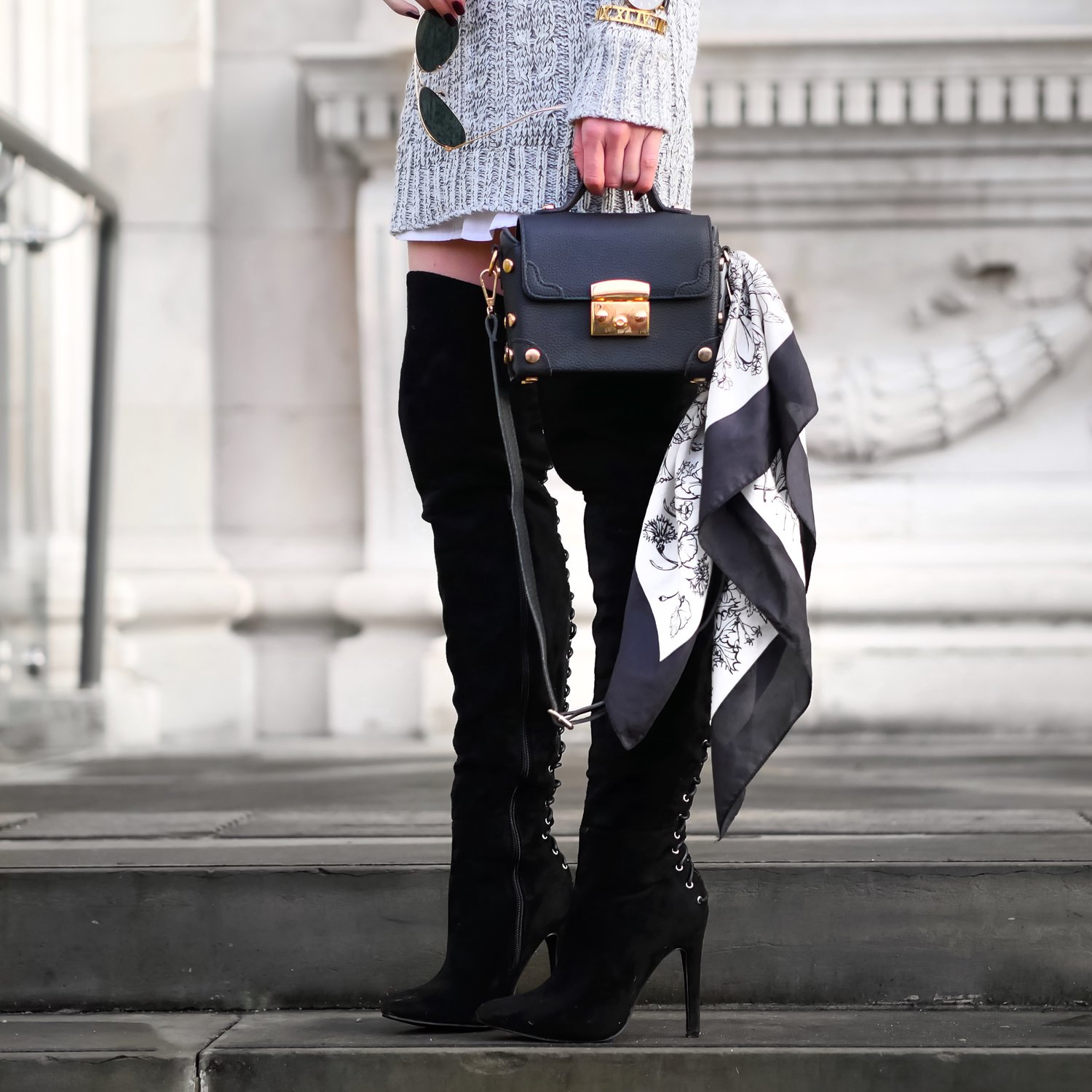 If you are part of my Youtube ‘fam’ you may have had a sneak peak of this look already! If you’re new to my blog take a look a my recent lookbook on how I pulled this look together.

When creating a designer look for less it’s all in the details – scarves and watches are always my go-to when finishing off a look. 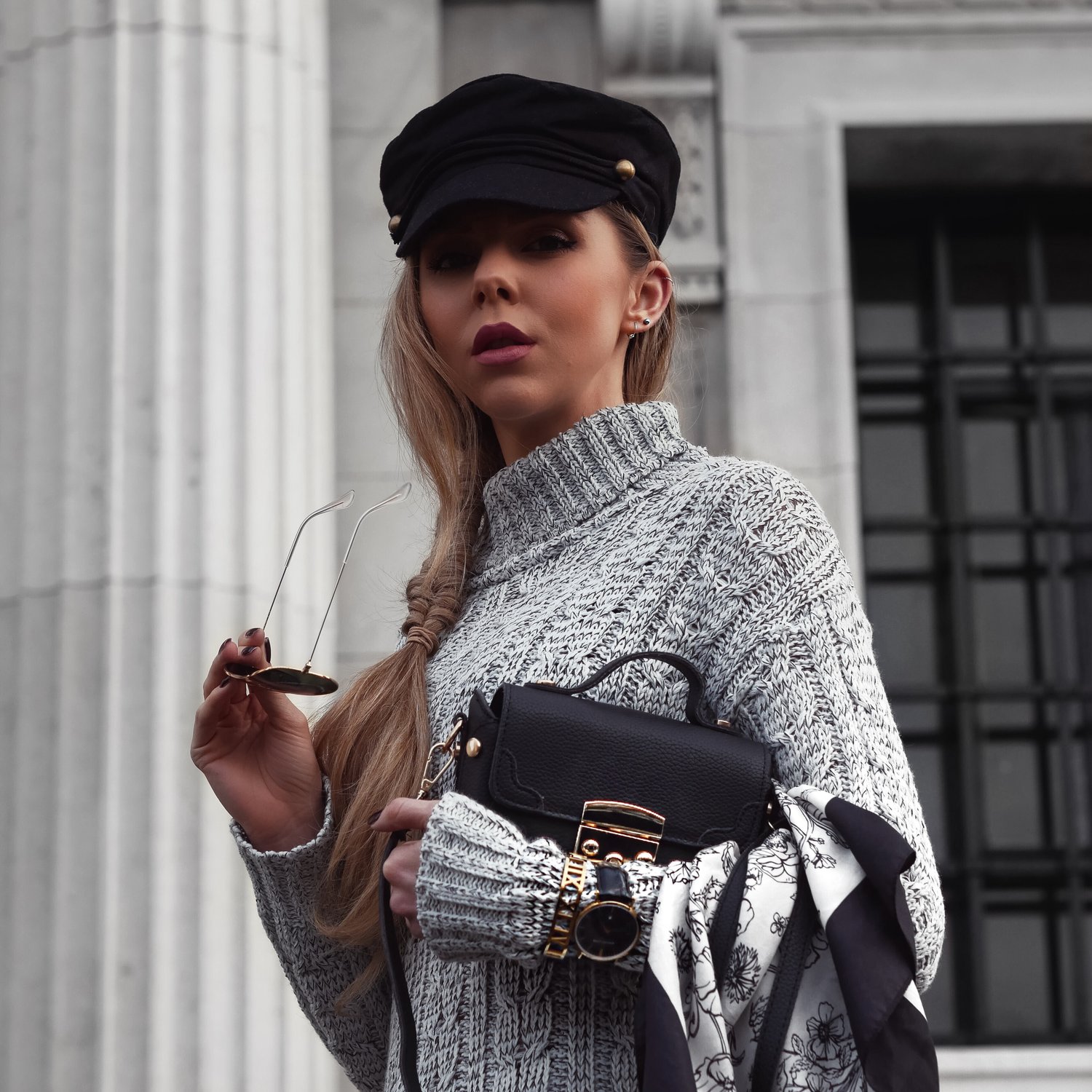 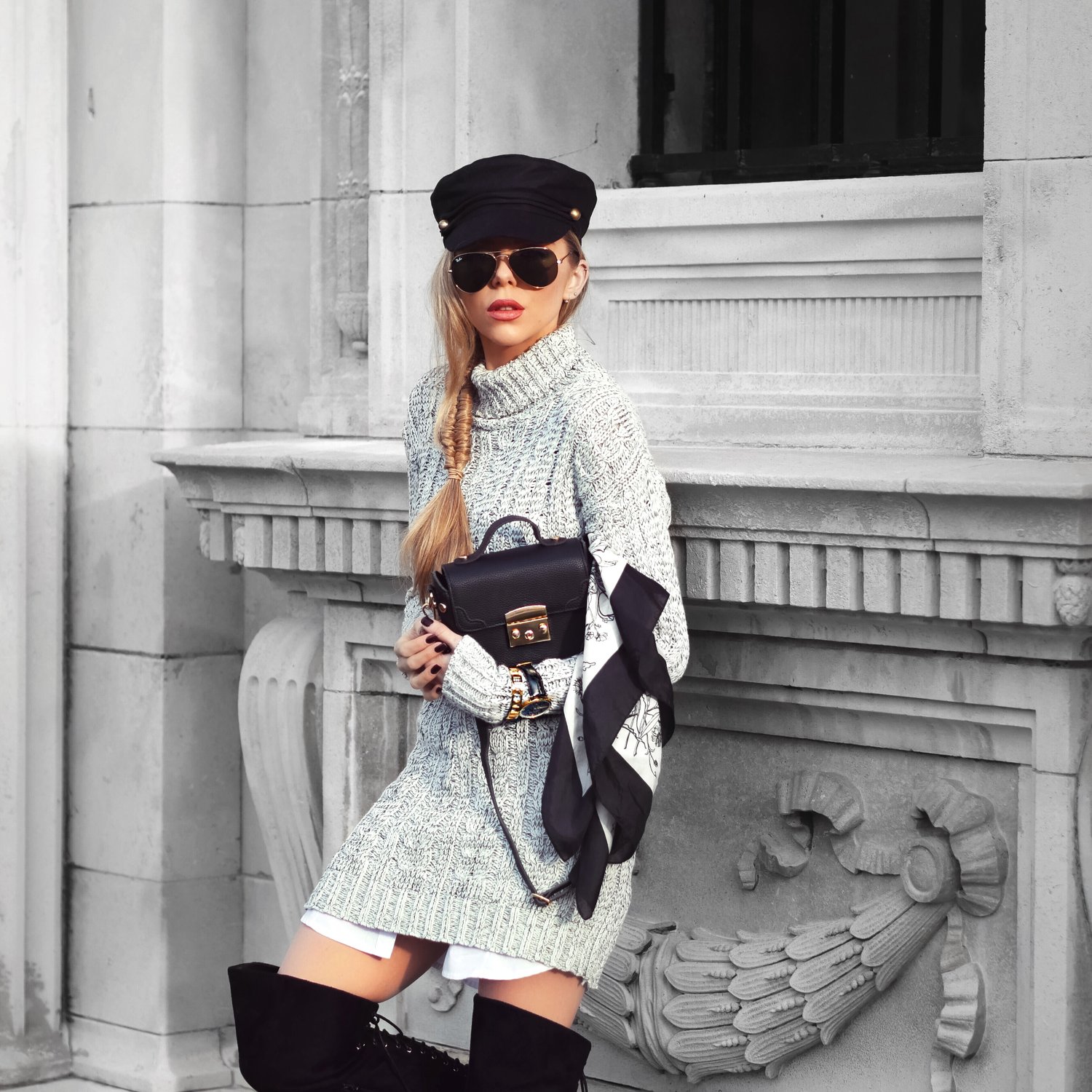