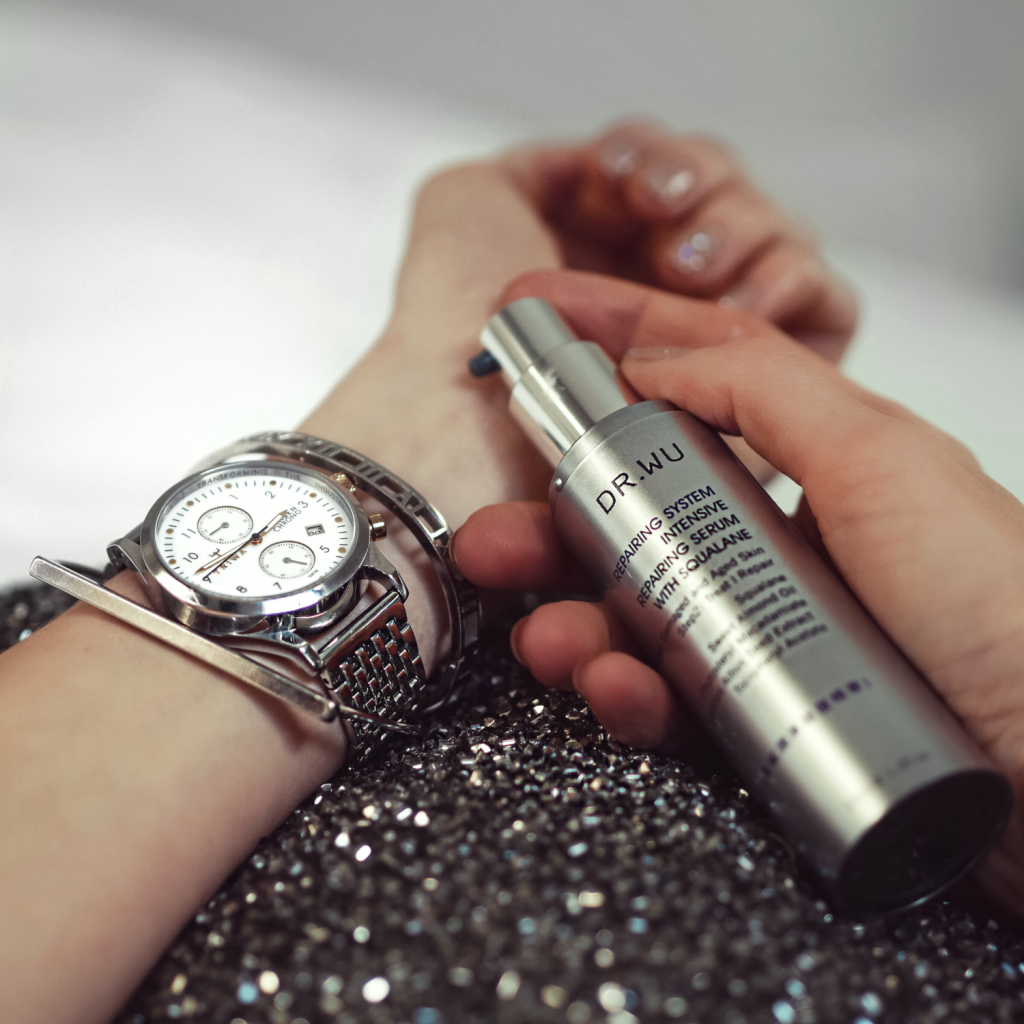 When I created this blog I really wanted to stay true to what I was interested in. One of the main topics I wanted to cover was anti-ageing. I’m not against botox and the more invasive surgeries but I don’t want to go down that route until my late thirties. I would like to grow old gracefully through using top notch products on the market to help reduce those fine lines and wrinkles in the meantime. I’m 29 in February, so growing closer to the big 30 is constantly on my mind. Not only are we forced into thinking we should all have everything together by then but we are also waving goodbye to those ‘youthful’ years. I want to counteract that cliche and give 30 a brand new look. 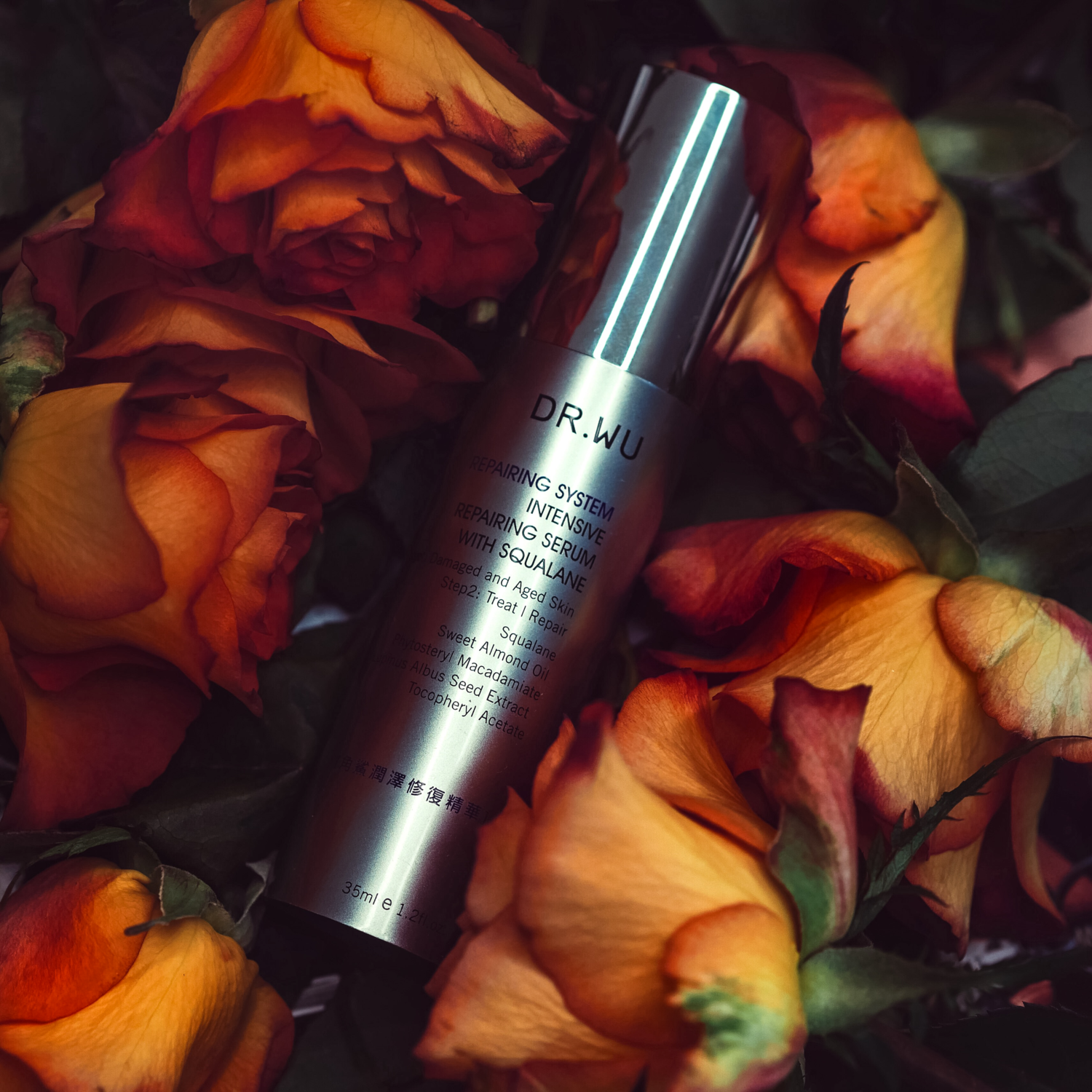 I noticed around my mid twenties I started to lose the elasticity in my skin. The change was really noticeable, but my lifestyle was appalling. I was up all night partying or studying and my diet was a concoction of chocolate and microwavable food. My first sign of a fine line was enough to kick me into gear and I have seen my  skin actually rewind over the past few years as I’ve learnt to take such good care of myself on the inside and out. There are a few boxes that have to be ticked when I try out new beauty products and that’s sensitive skin and cruelty free. 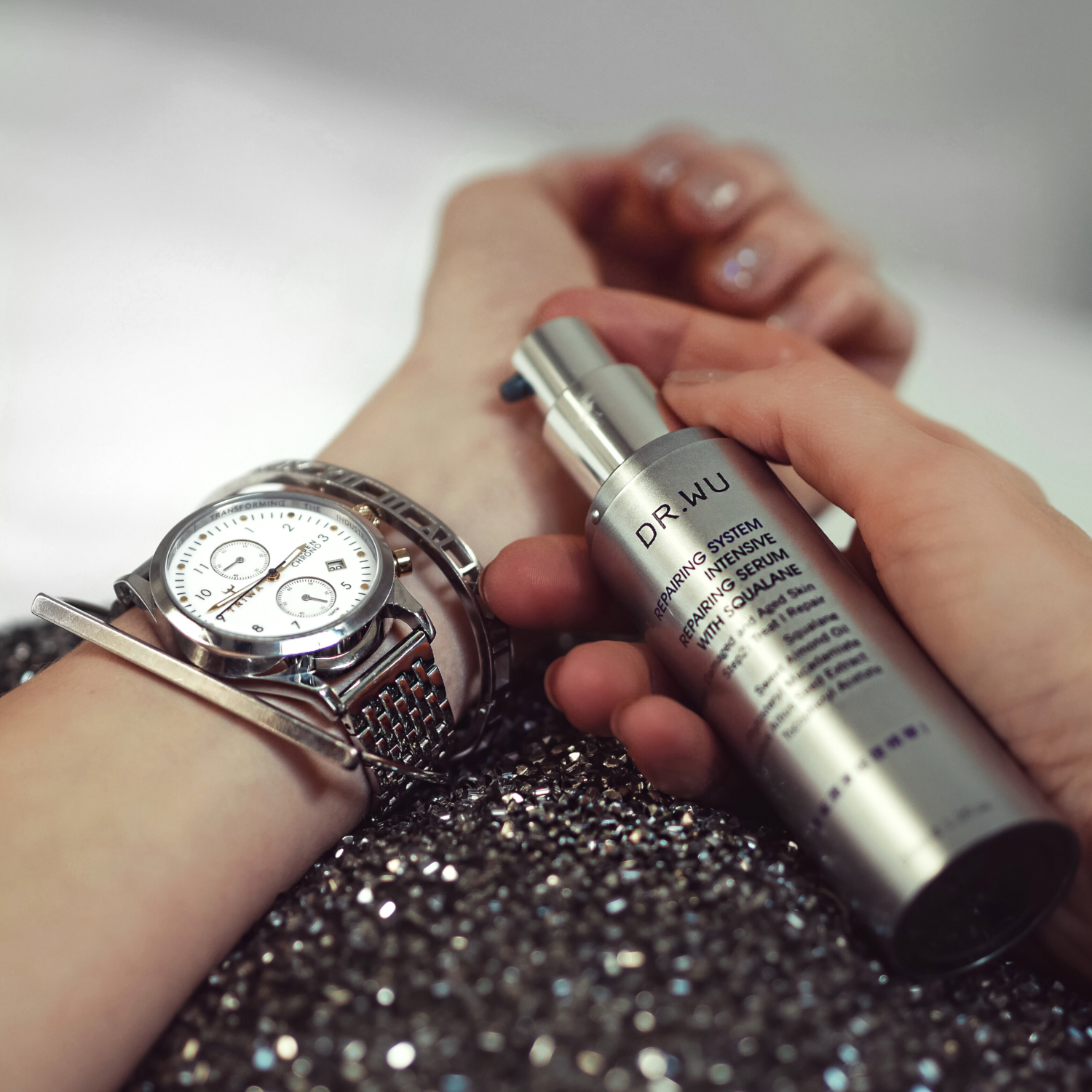 Let me introduce you to DR. WU, who created a line of beauty products so people can treat their skin with the same dermatological care at home. DR.WU Clinical Skincare is developed based on these principles; no additives, no alcohol and a high concentration of high grade actives that are safe and effective, even for use on sensitive skin. 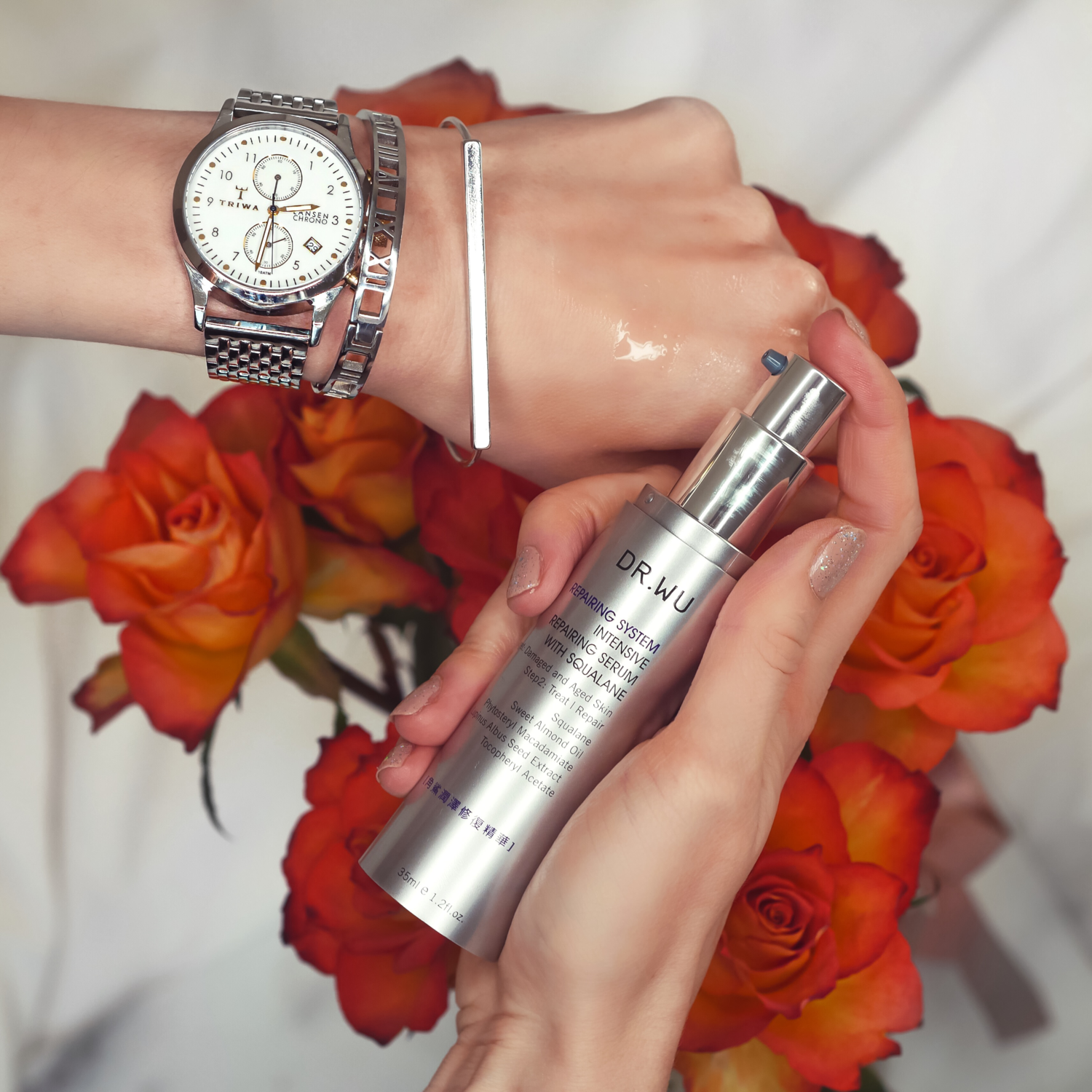 The first product I’m going to talk about is the Intensive Renewal Serum with Squalane. Let me clarify that this is not from shark liver oil but actually extracted from olive oil. Squalane is naturally produced in the body but its production begins to decline in your twenties. On the skin’s surface it acts as a barrier, both protecting the skin from moisture loss and providing a shield from environmental toxins. It mimics our body’s natural moisturisers, rapidly penetrating the skin quickly and completely without any lingering residue. The great thing about this serum is that it’s ideal to wear underneath makeup as it’s not heavy on the skin, nor does it feel like there is a buildup of product on your face. It’s easily absorbed without adding any extra shine to your face. 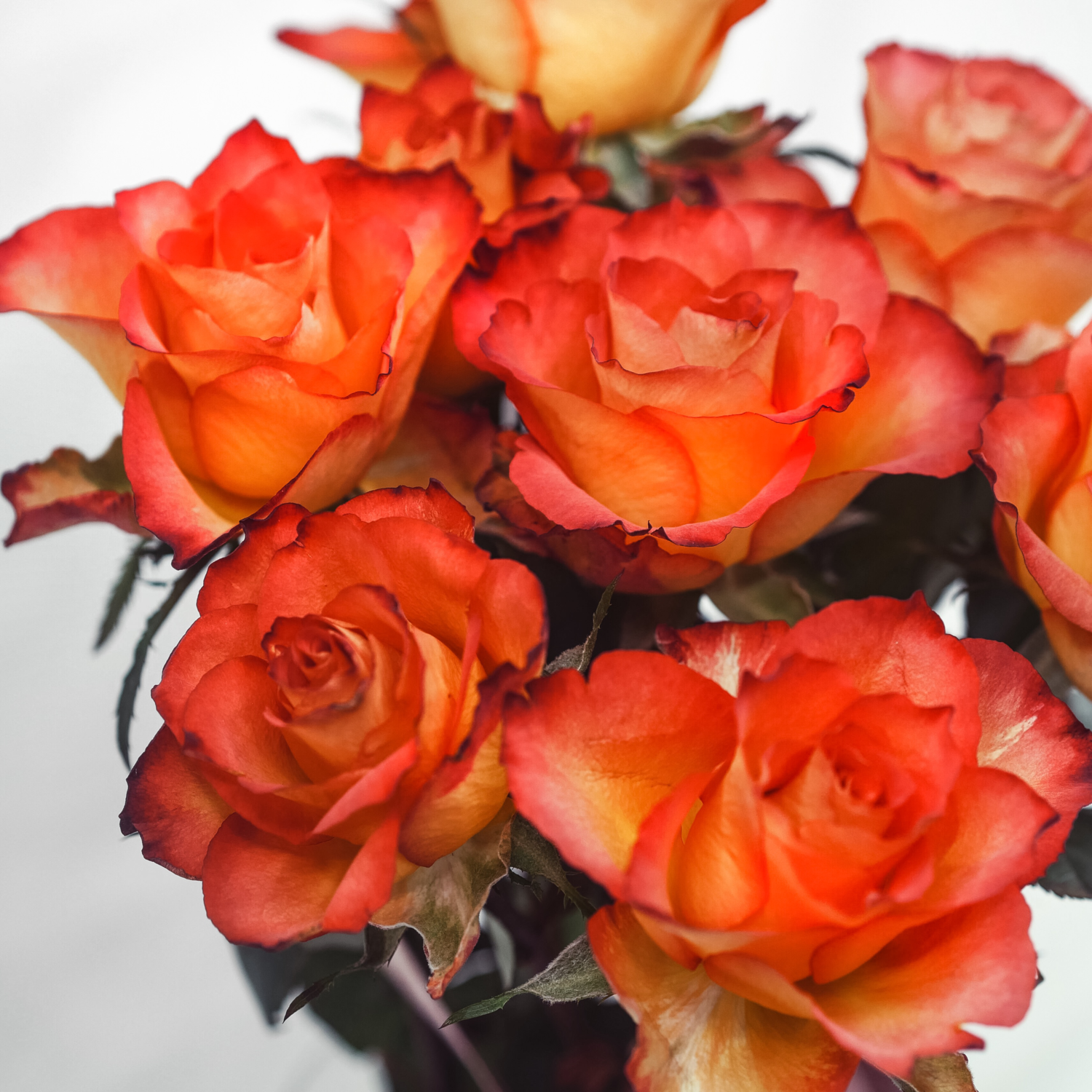 It’s only recently the West have discovered how effective Asian skincare can actually be – you may have noticed the sheet mask trend all over social media! The Deep Hydrating Capsule Mask which contains Vitamin A palmitate has a unique formula will quickly improve the texture of rough skin and help to recover firmness. Skin will feel softer and more supple. 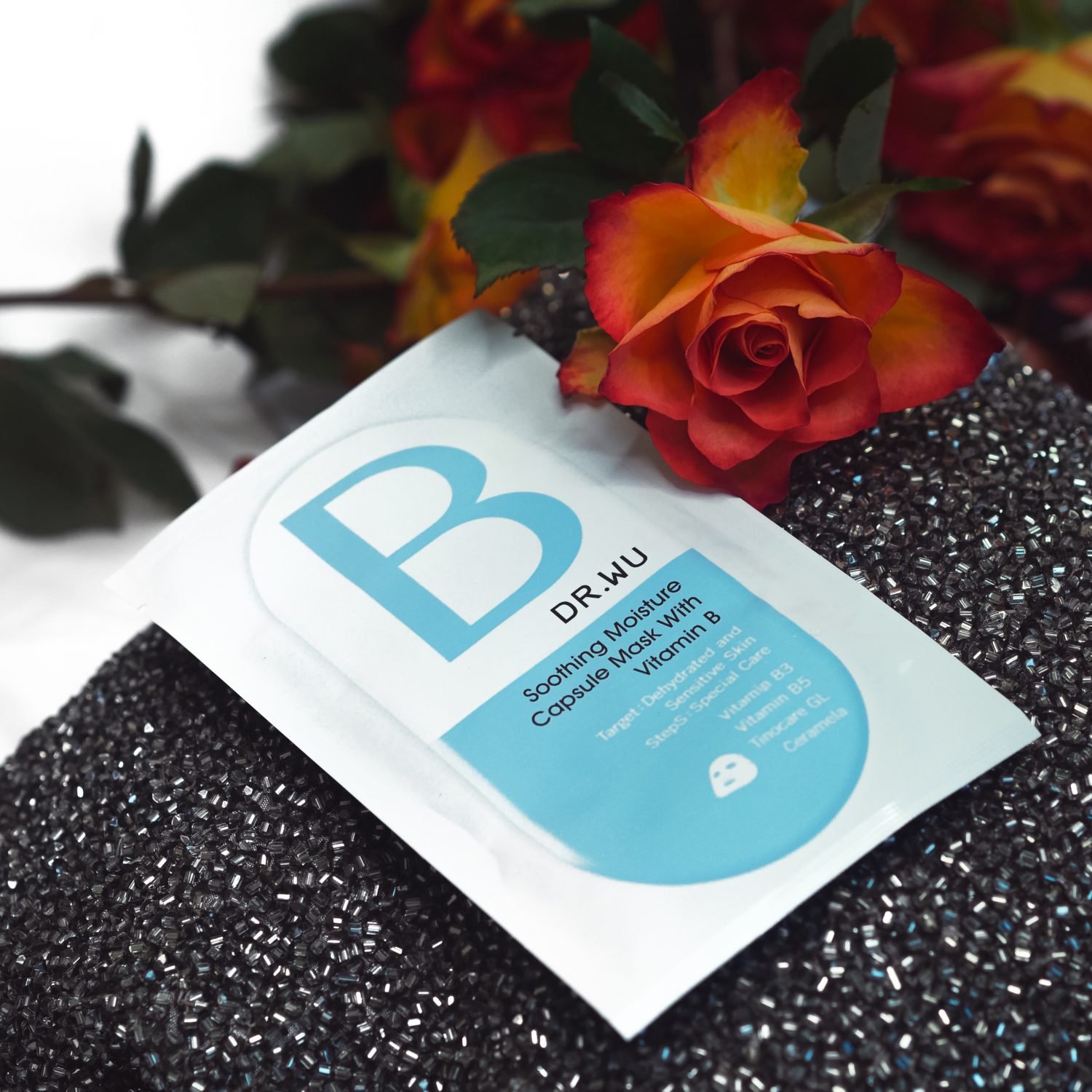 For a specific eye treatment try the Advanced Anti-Wrinkle Eye Cream. As well as containing multi-peptides and plant extracts this lightweight cream contains “Liftessence” which provides a mechanical lifting effect, reducing the appearance of fine lines and enhances the skins biochemical properties. It will protect and hydrate the delicate eye area, perfect for applying underneath makeup. 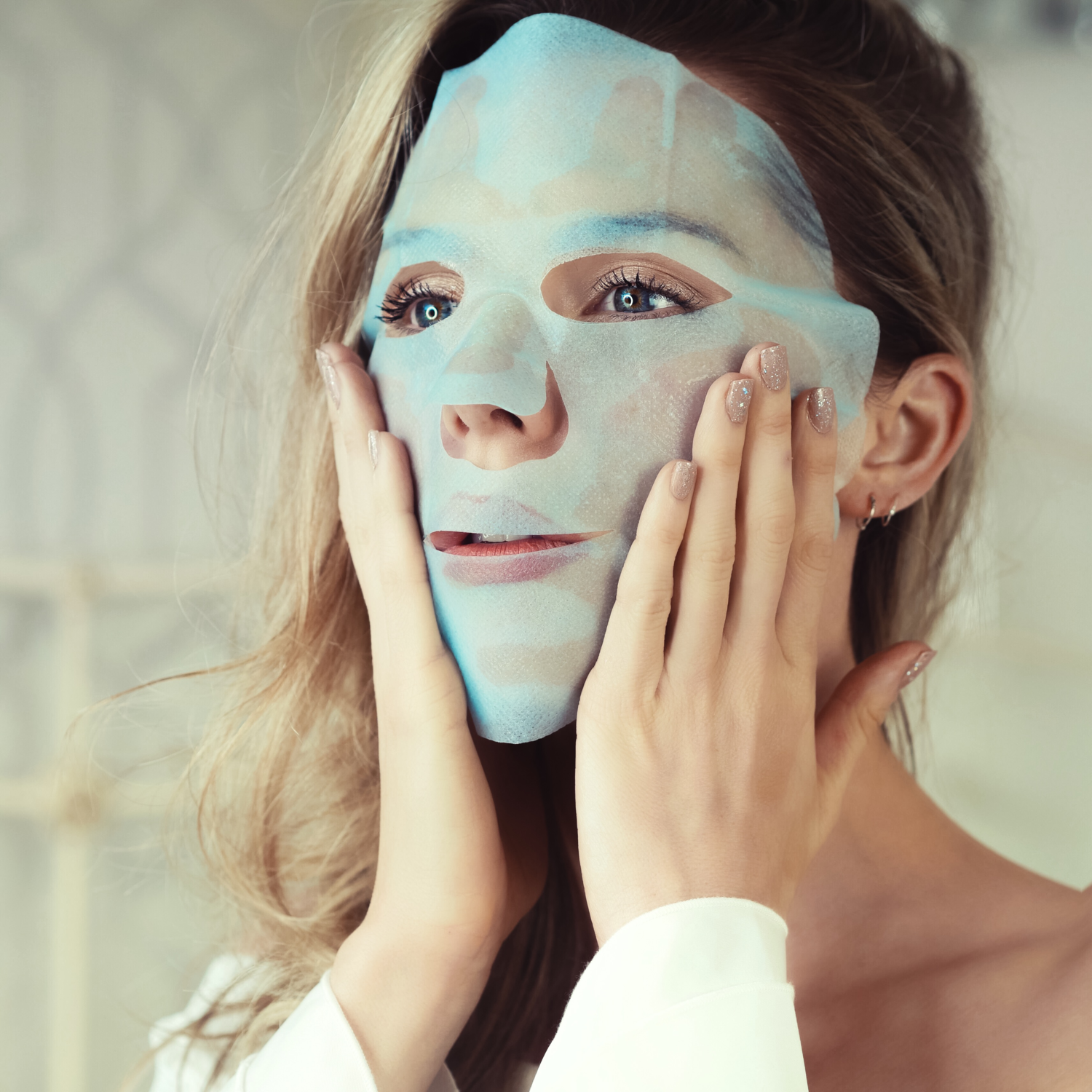 To really tackle the deeper layers of your skin its key to apply a serum prior to moisturising, a step that many people lookover. Dr Wu does and Intensive Hydrating Serum that is formulated with Sodium Hyaluronate which has excellent water-binding properties. It will improve the skin’s texture and increase firmness. It also contains Faex Extract which is an energy booster for the skin and helps the regeneration of new cells. 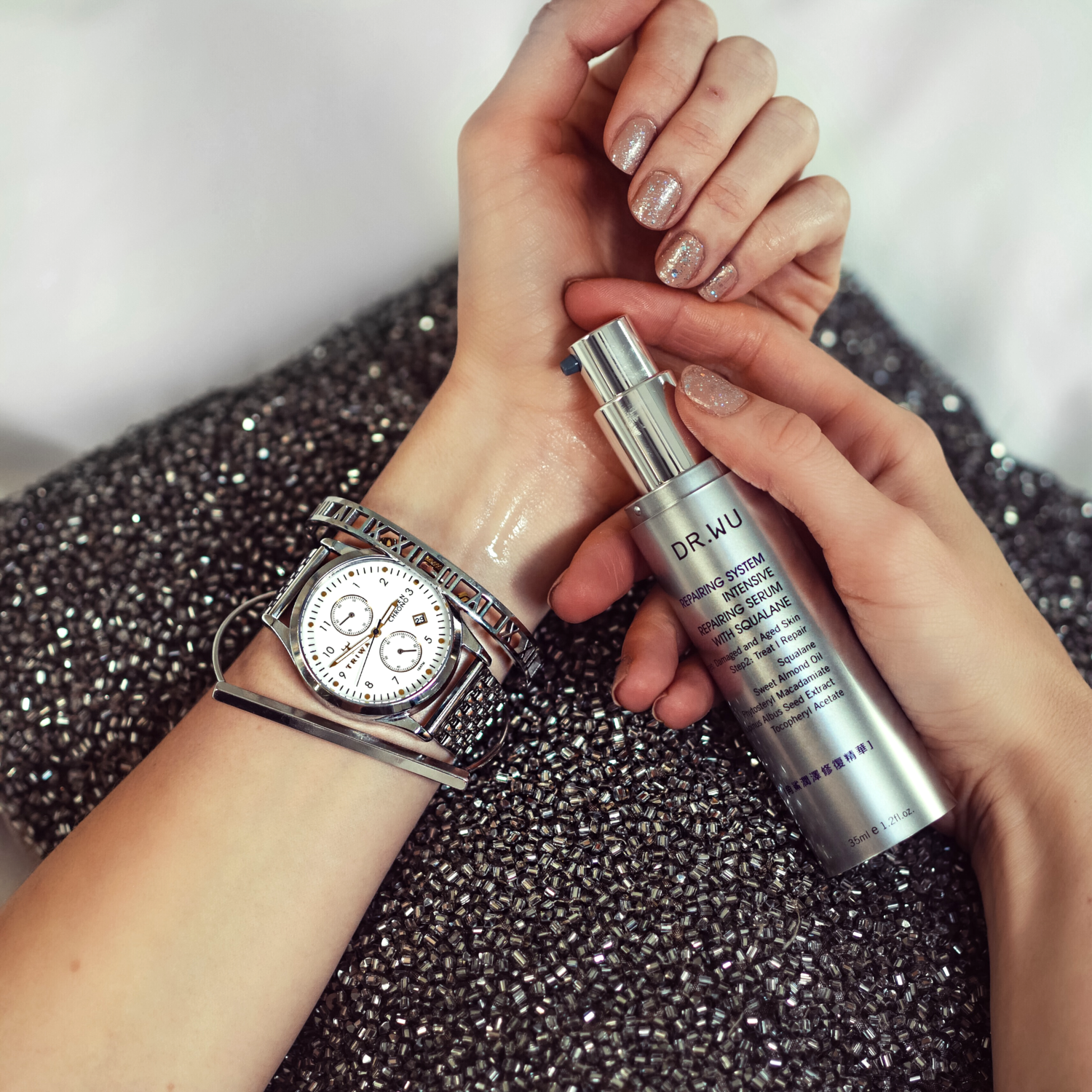 Dr. Wu is the ultimate fusion of natural ingredients scientifically enhanced to produce the very best results for skin! The man himself is a dermatologist and currently the Clinical Professor & Practitioner with the National Taiwan University Hospital. He is known as the God-father of medical cosmetics and bio-technology in Greater China, so if you’re struggling to find a great anti-ageing solution it’s definitely worth a try. 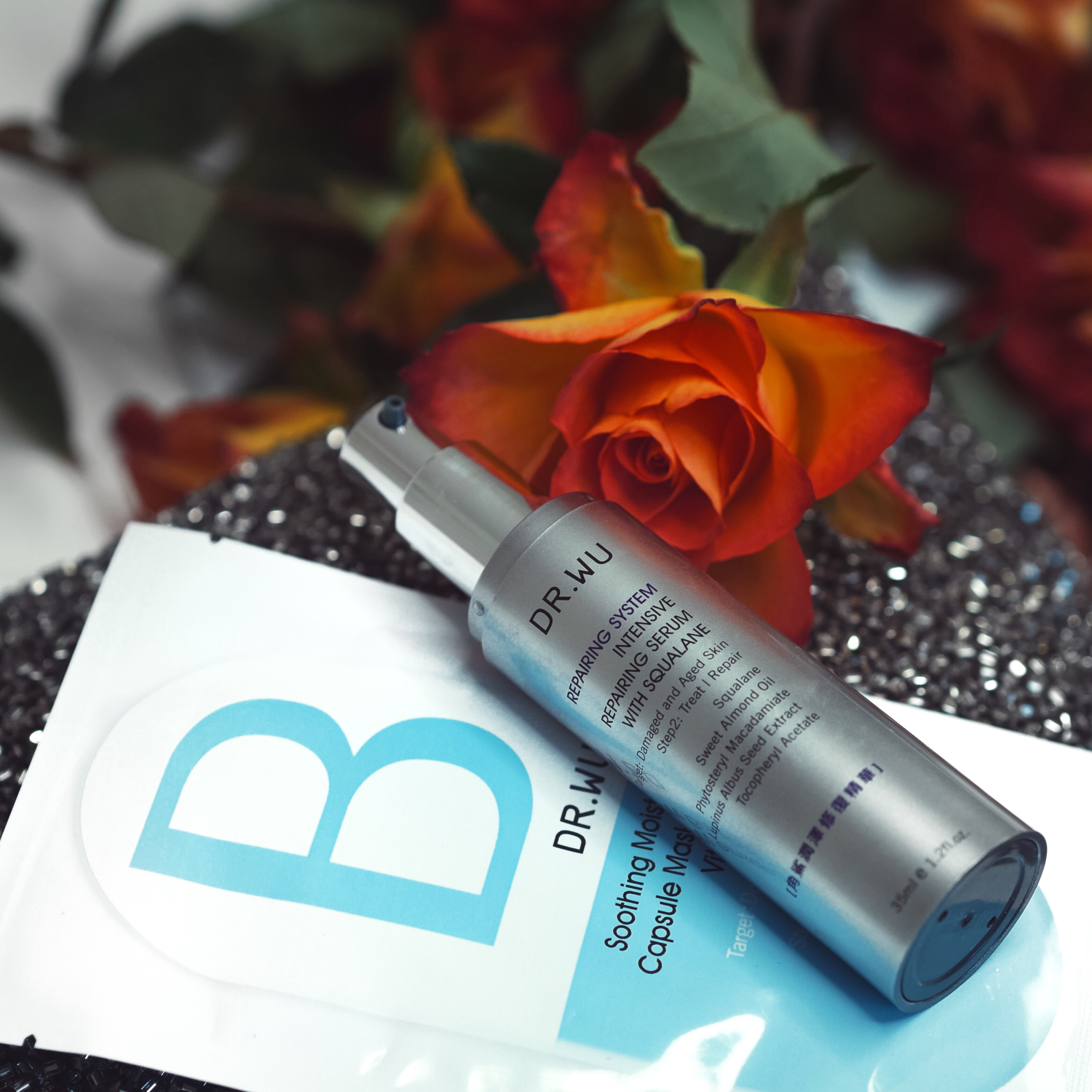 FOR THE 24 DAYS OF ADVENT DR.WU WILL BE GIVING AWAY A DIFFERENT WU PRIZE EACH DAY. IF YOU LIKE THE LOOK OF THE PRODUCTS THEN MAKE SURE TO FOLLOW THEM ON FACEBOOK AND INSTAGRAM TO BE IN WITH A CHANCE OF WINNING! 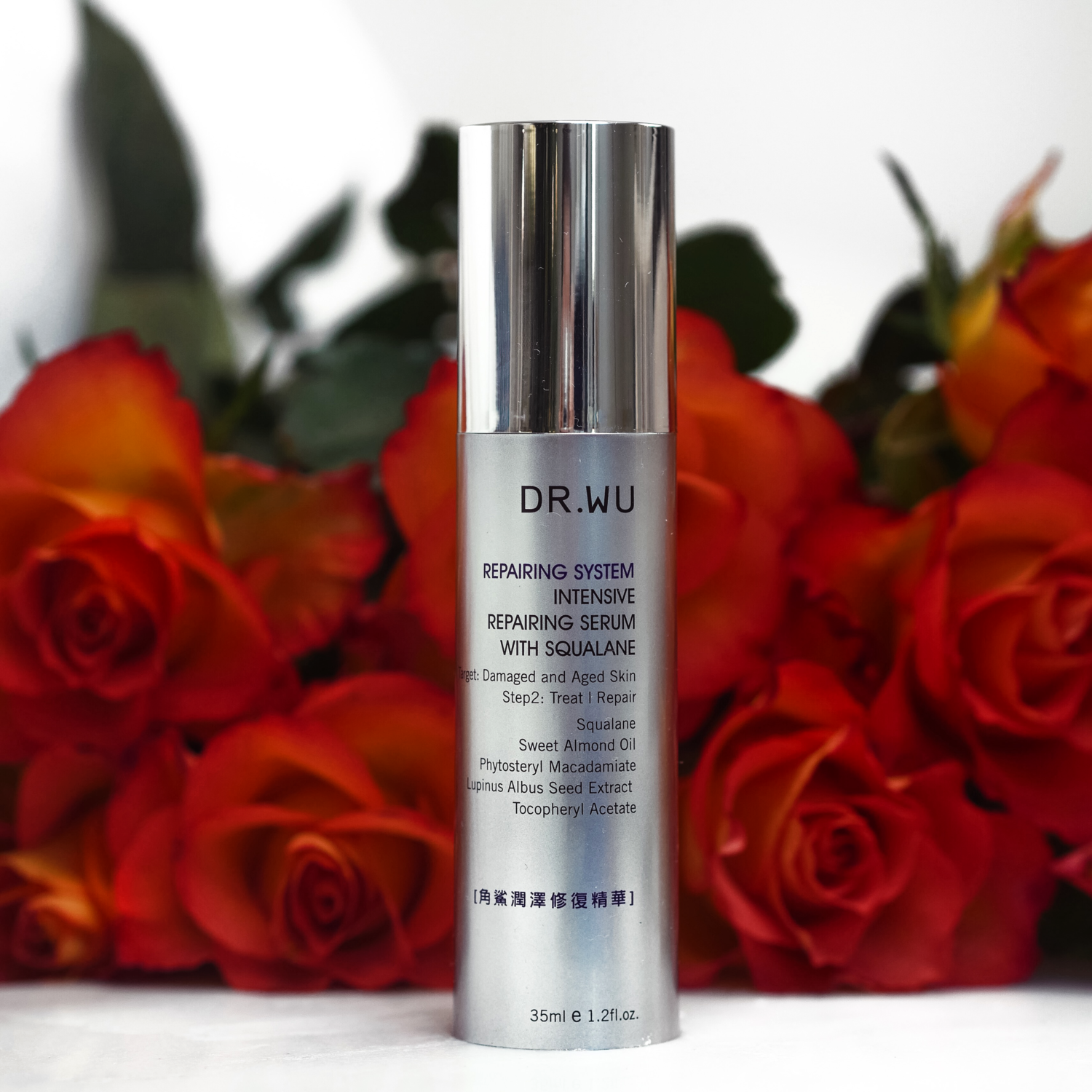 *This post is in collaboration with Dr.Wu but as always all thoughts, opinions and creativity are my own.