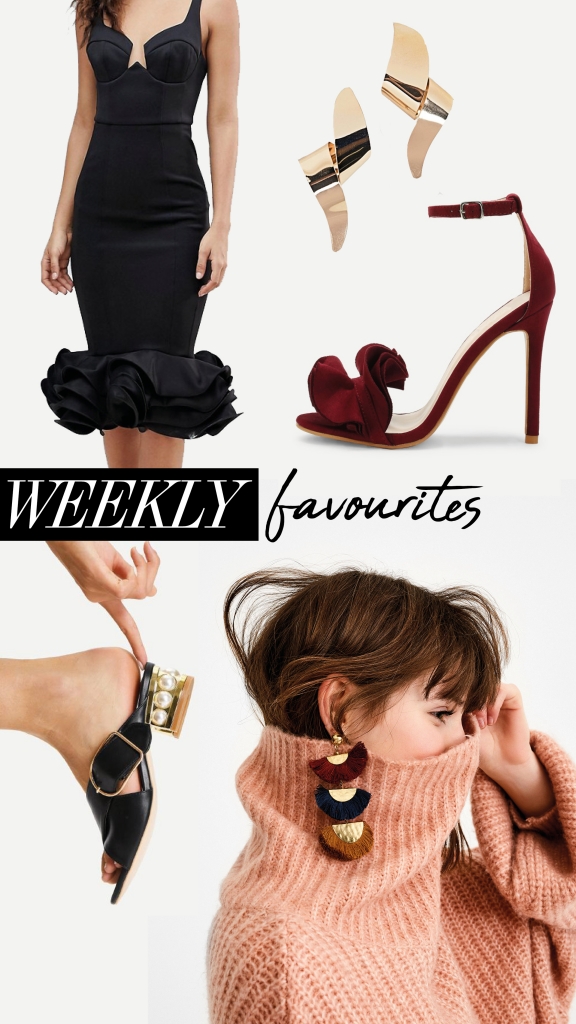 This week I’m really loving the colour palette I’ve put together here – salmon, maroon, black and gold. We’ve not quite reached those warmer climes yet so I feel this is a borderline tone and I love the richness! As always all my selection is highstreet as I just love the gems you can find! 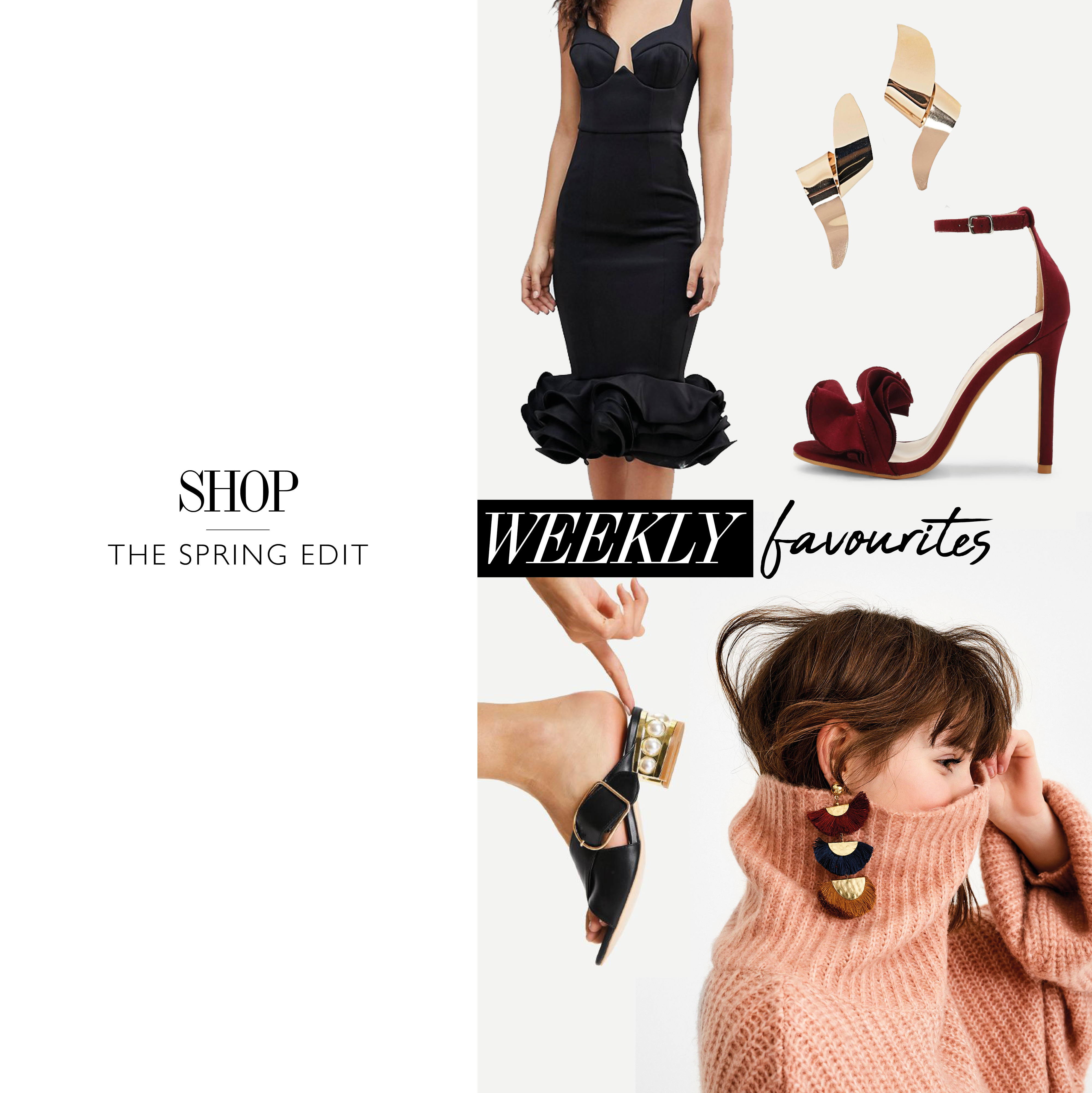 I feel like I got a good selection of accessories this week, mostly from one of my favourite brands – Shein. I was introduced to Shein when I started my Youtube channel last year and I feel like the brand has just grown from strength to strength. I always head to either Shein or Zara for accessories!