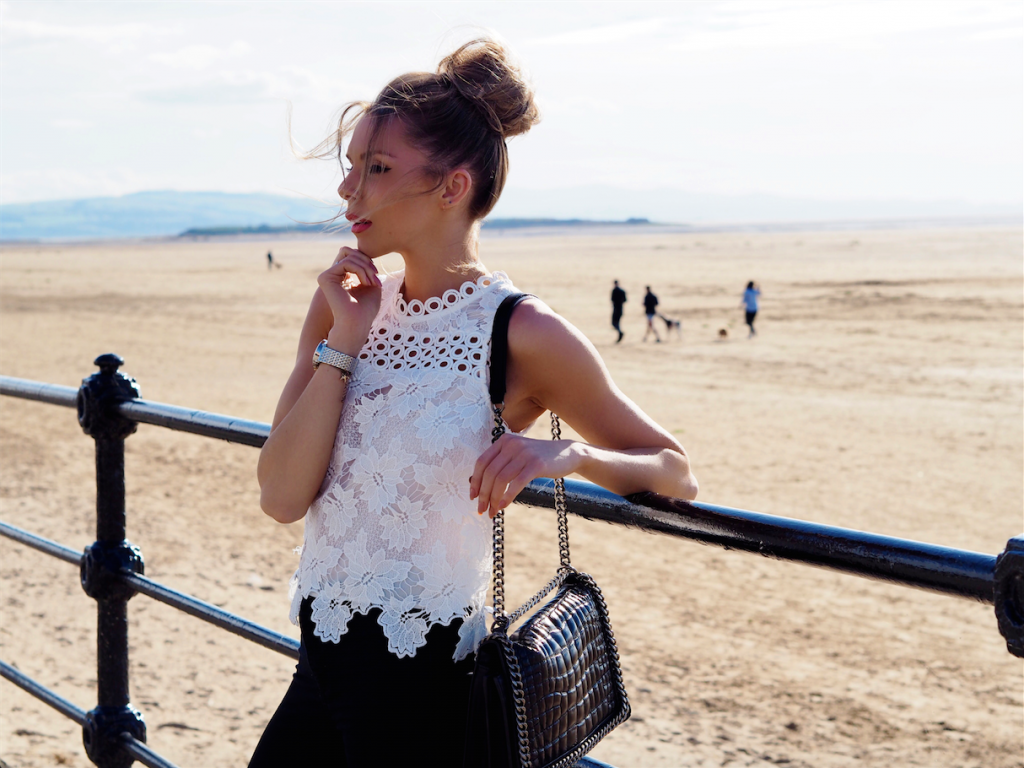 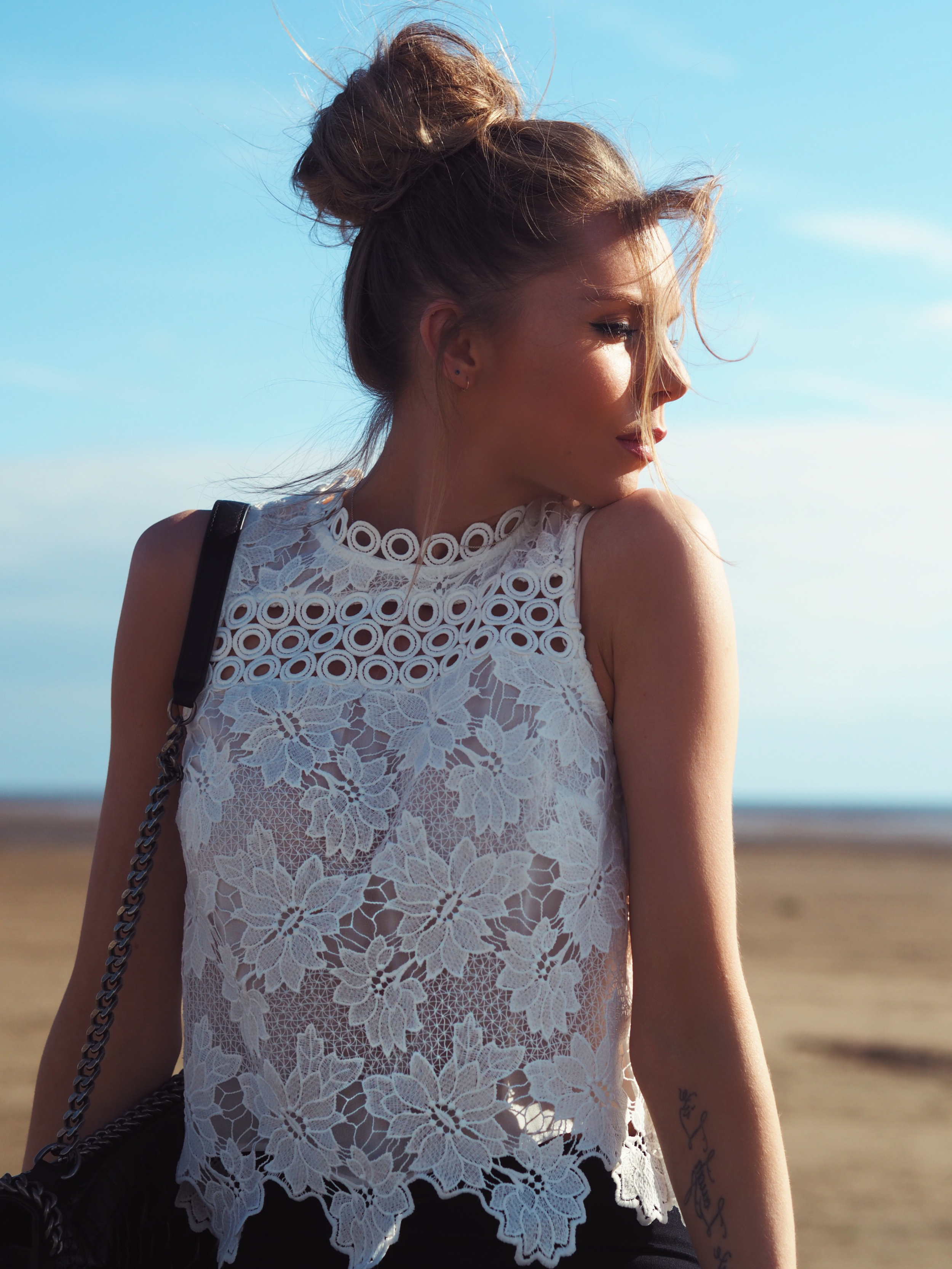 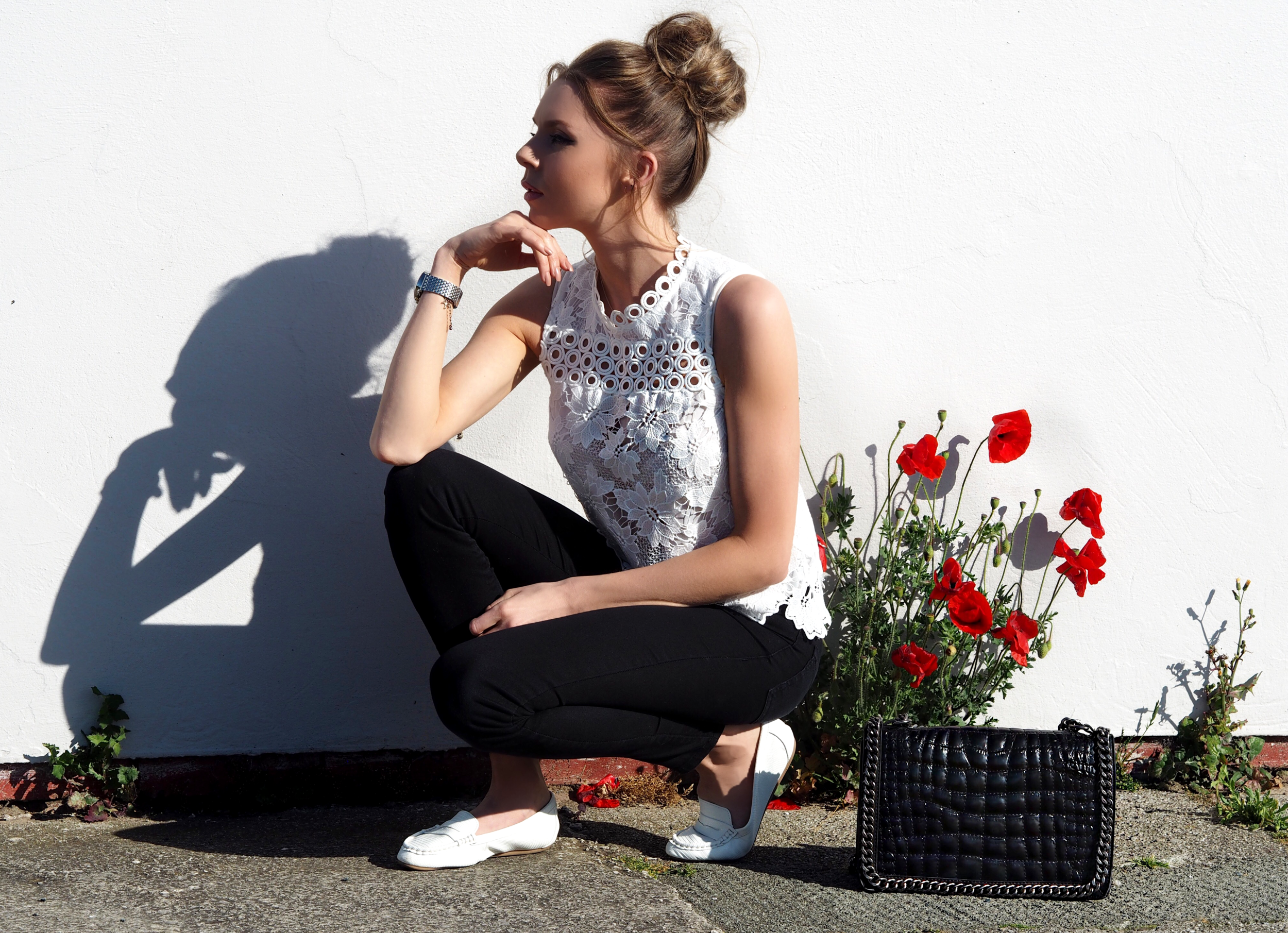 Firstly let’s face it, you can probably tell by my blog I’m an absolute sucker for all things monochrome! I’ve always associated monochrome with city chic and the colder months. However I found that adopting a lace overlay really sets of a summer tone to the overall look – which is exactly what I did here. 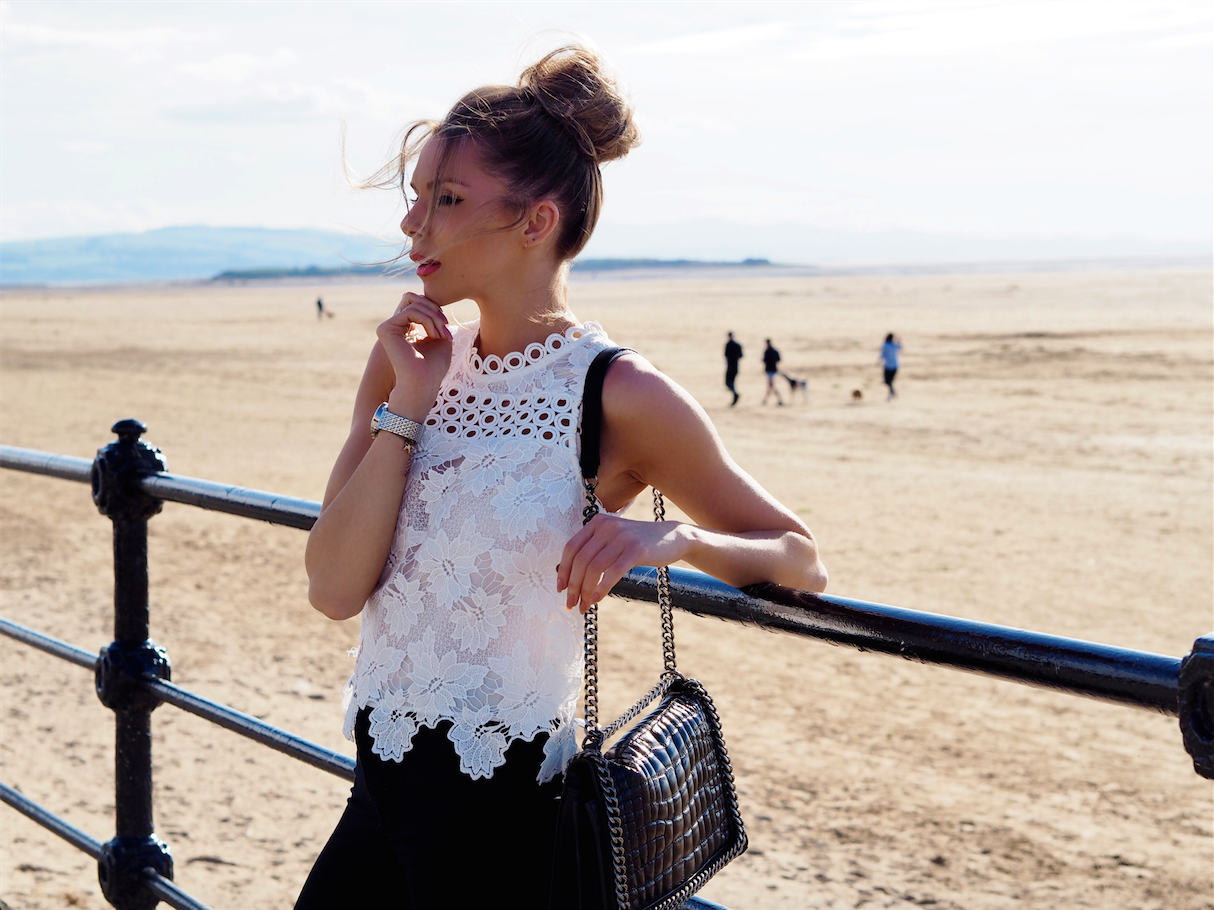 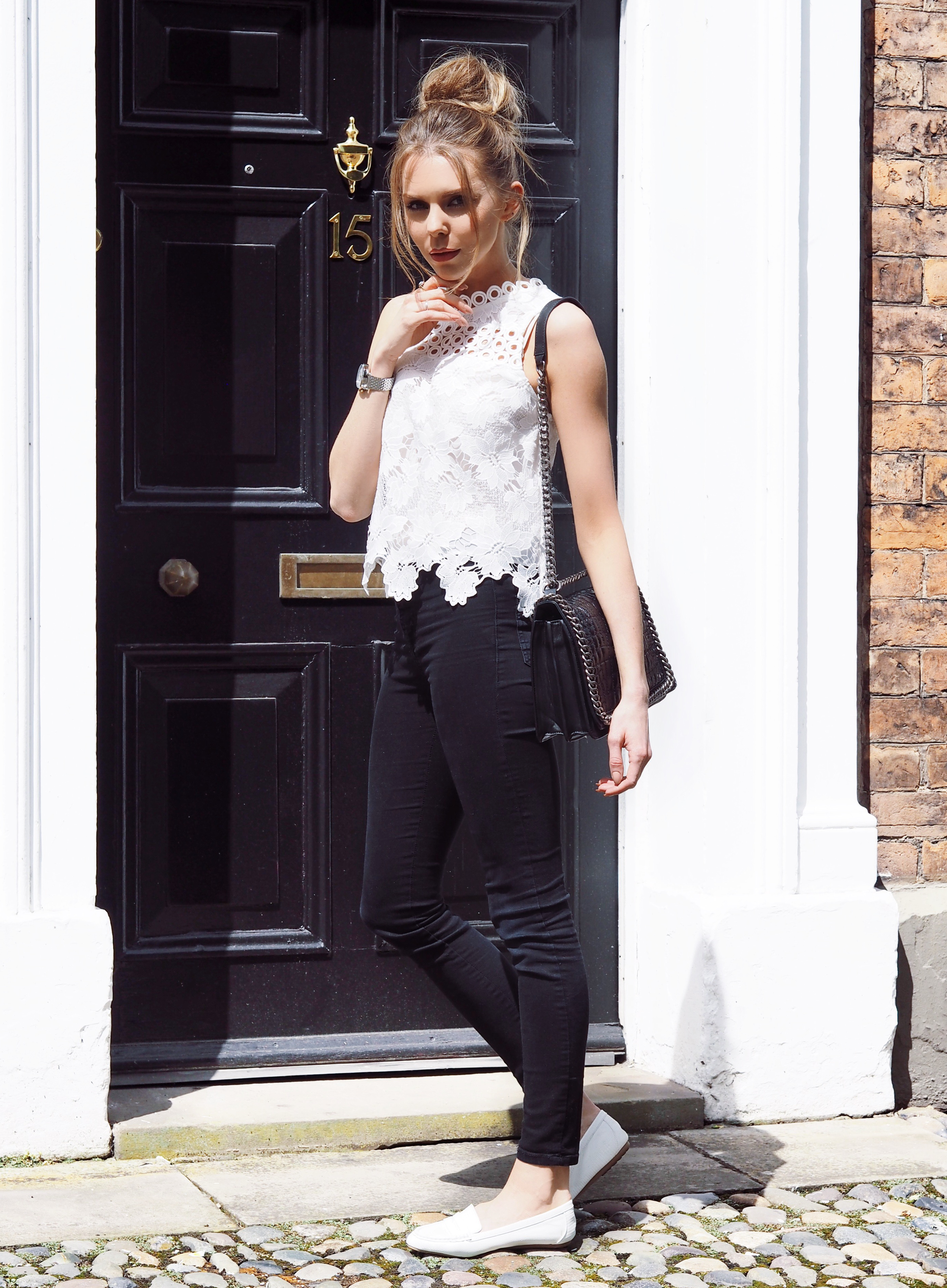 I’ve been an Olivia Palermo super fan since she graced my TV screen in the Elle accessories department in MTV The City and with that said I became obsessed with accessorising. The way she draws an outfit together with accessories is mesmerising. You can check out my Pinterest board for all things Olivia Palermo and some accessory inspiration here. I’ve added a chunky silver watch from Triwa to keep it classy which also sets off the chain bag nicely. 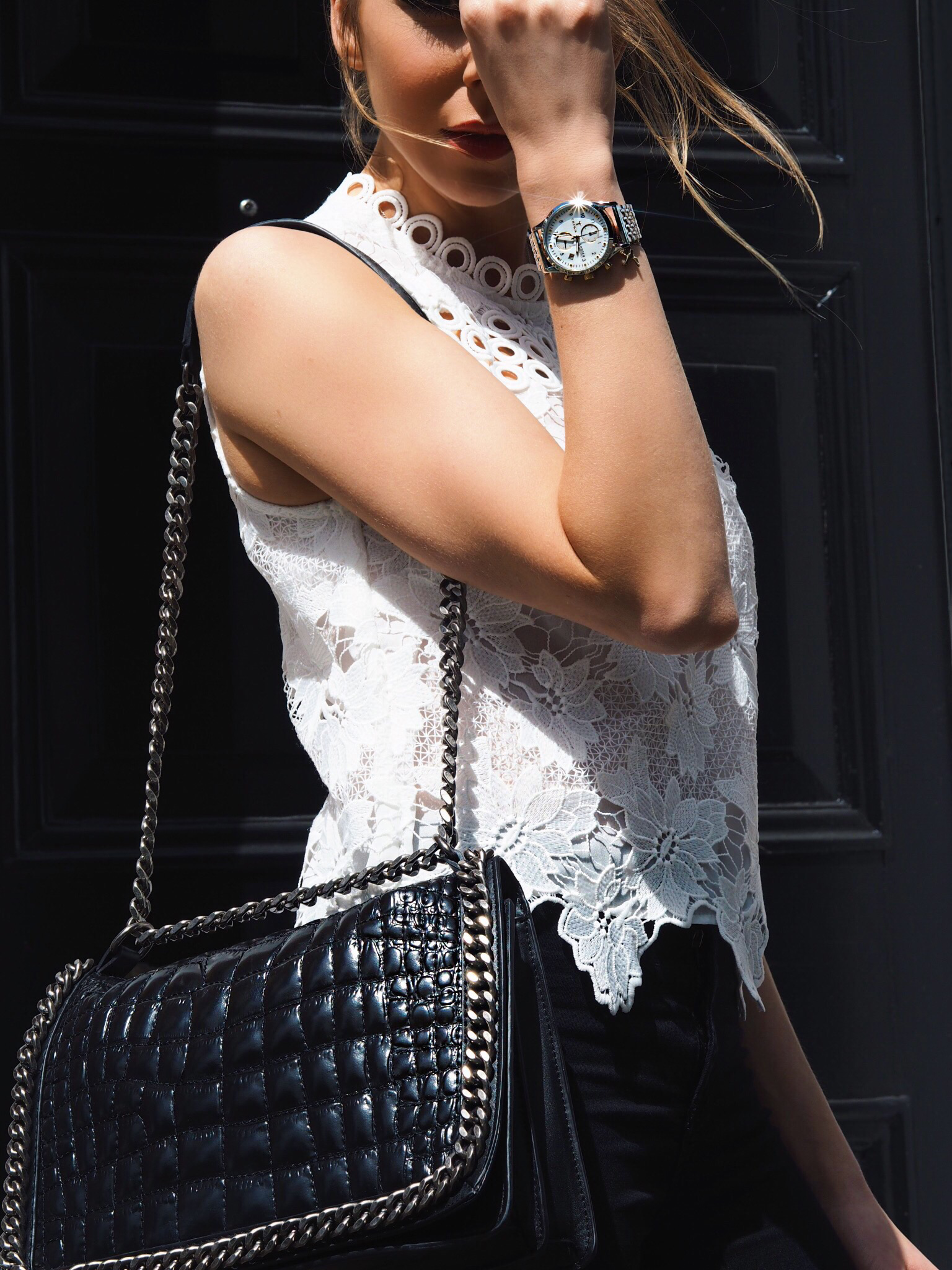 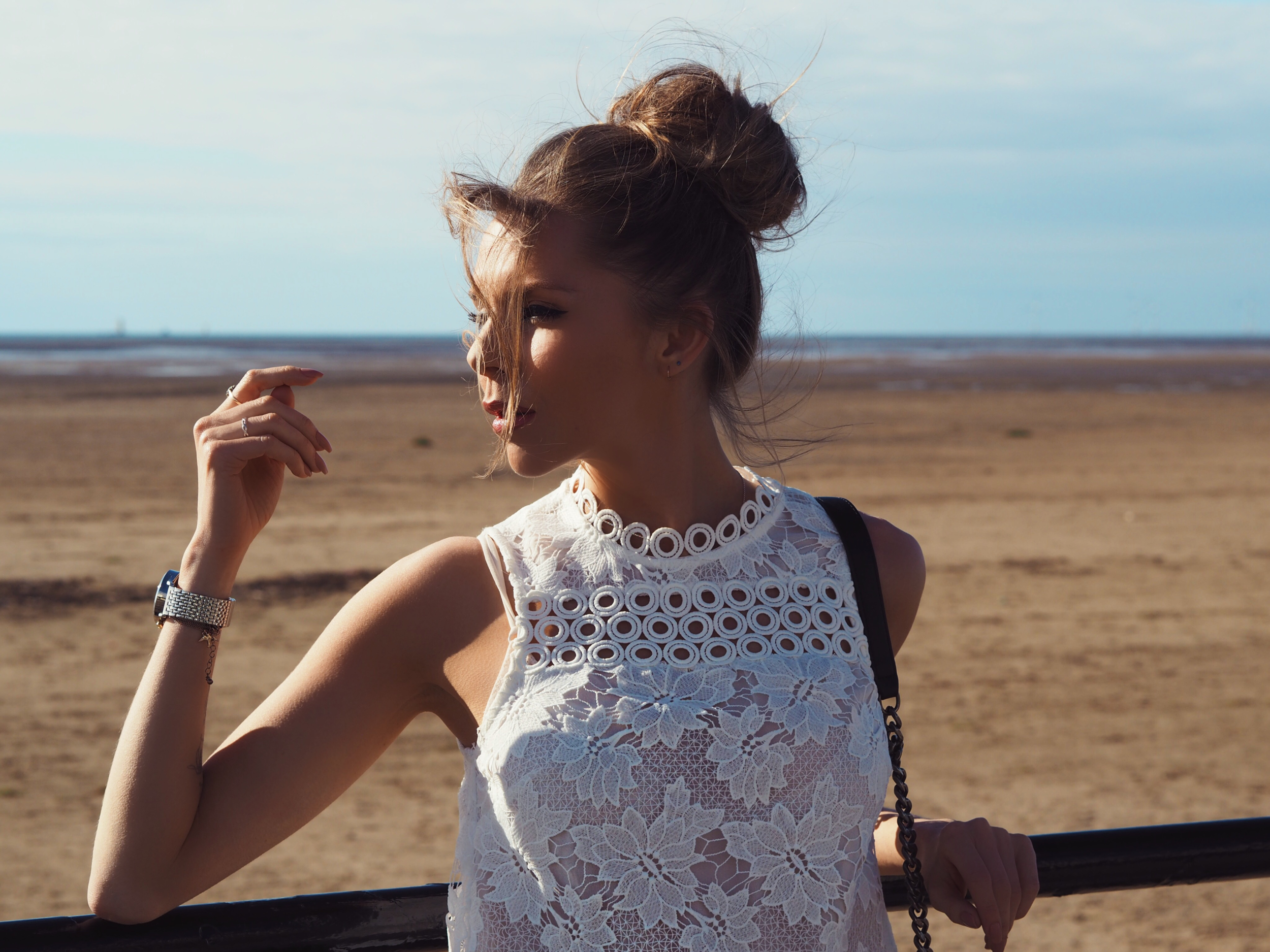 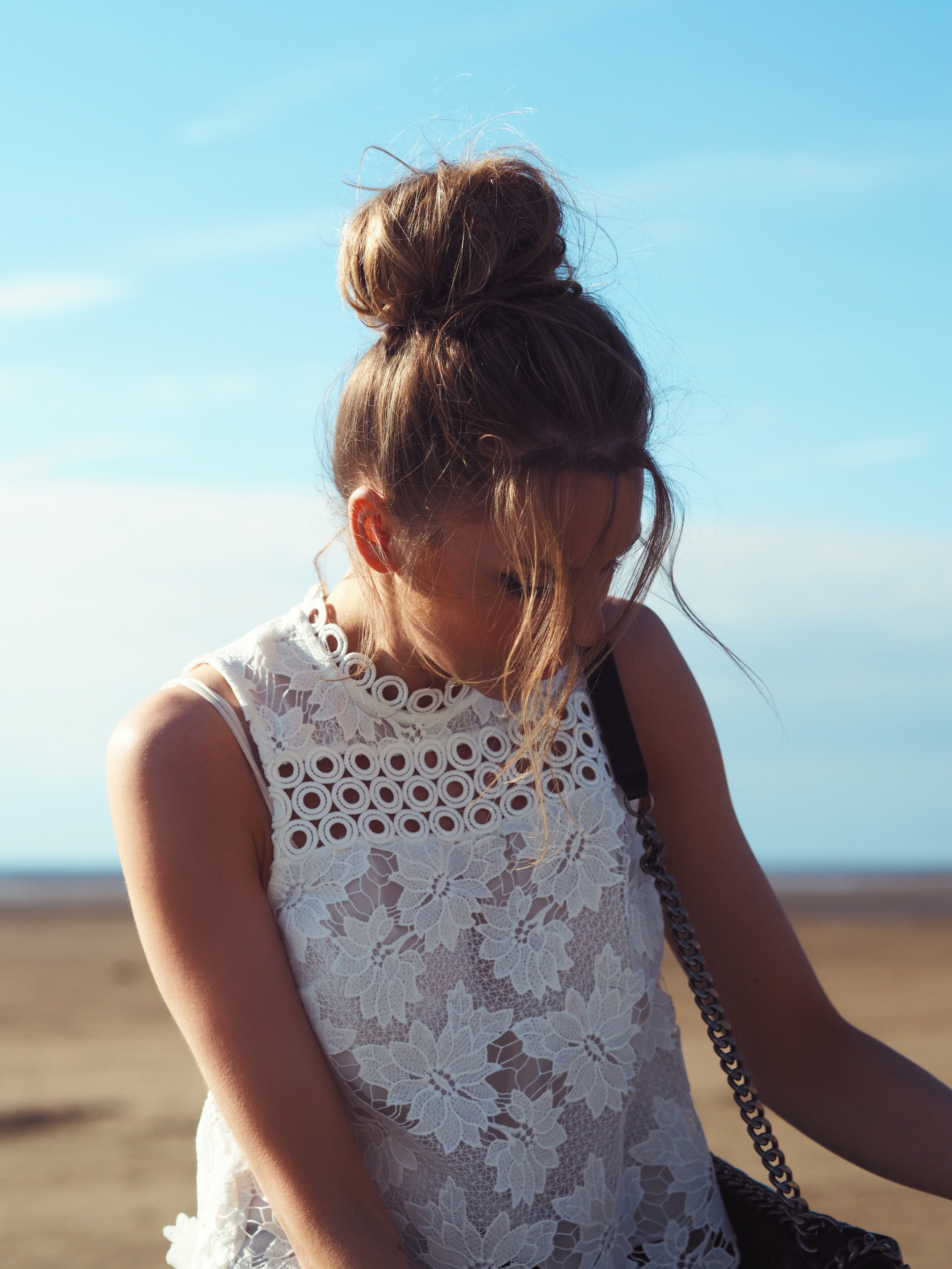 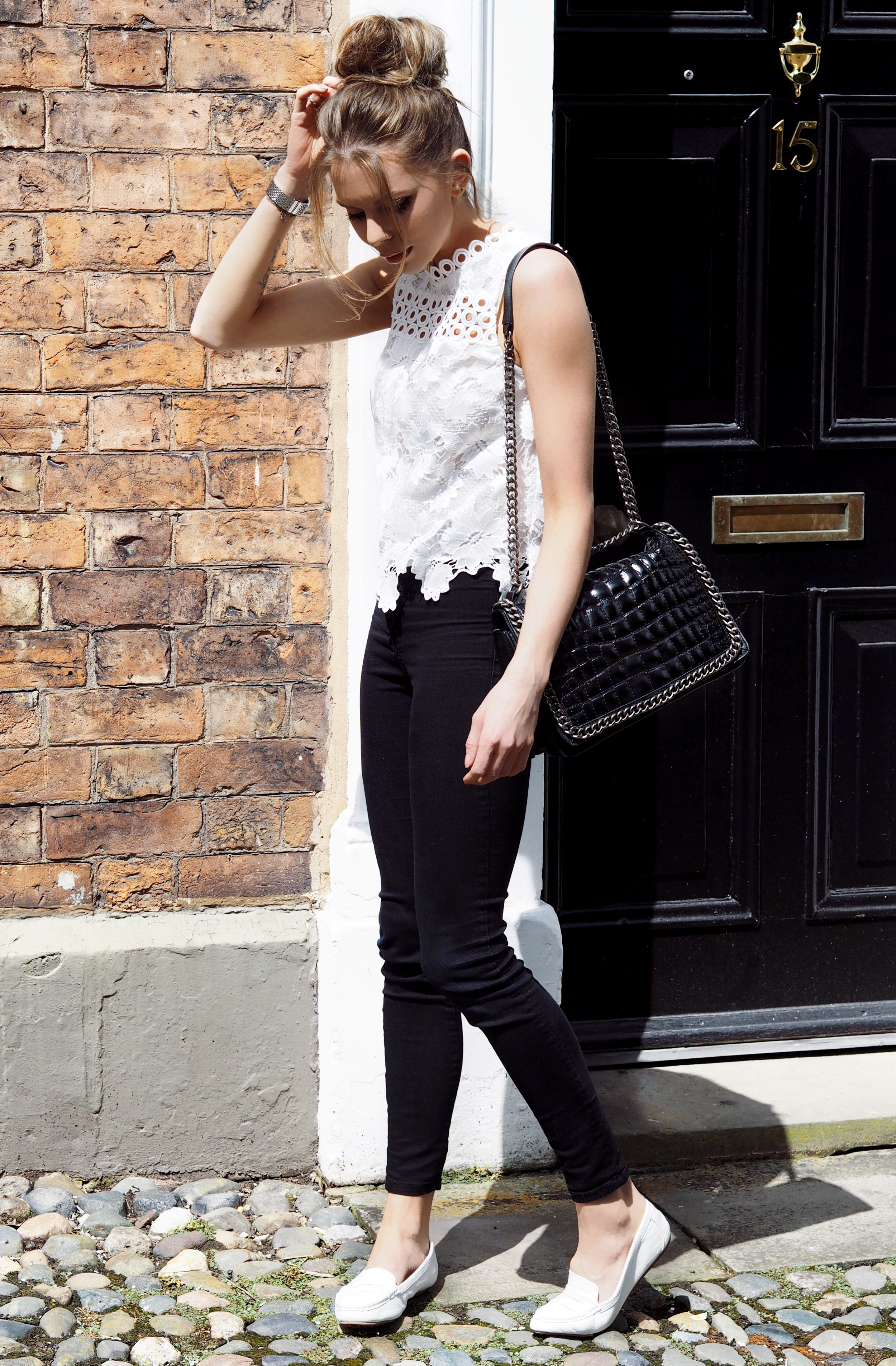 The white loafer – such a wardrobe staple of mine. These loafers are those trusted shoes that don’t rub or blister and are carried around in my bag permanently for safety if they’re not on my feet already. H&M did us proud and actually stock them in White, Black and Tan Suede so I’m possibly about to purchase all three! 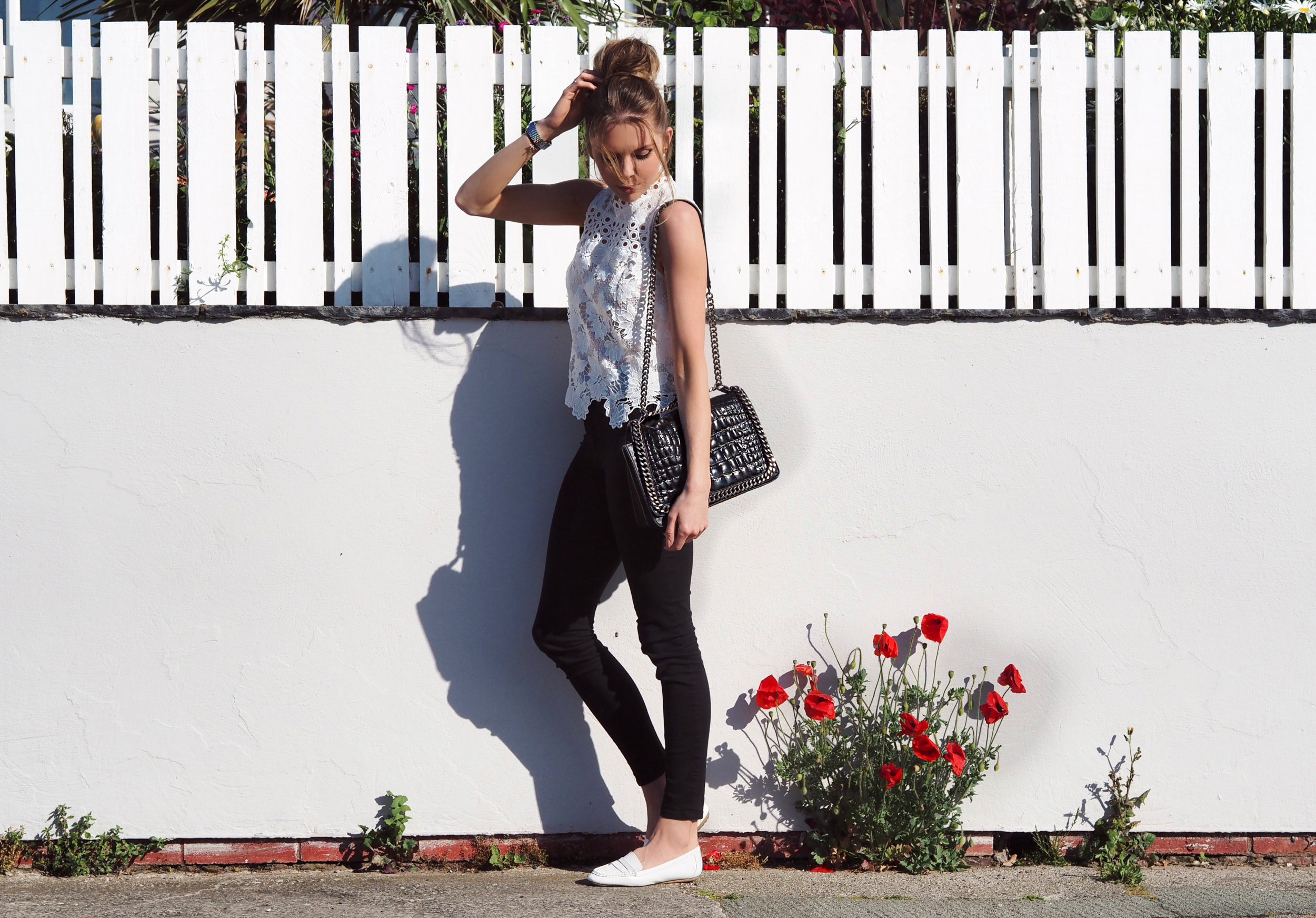 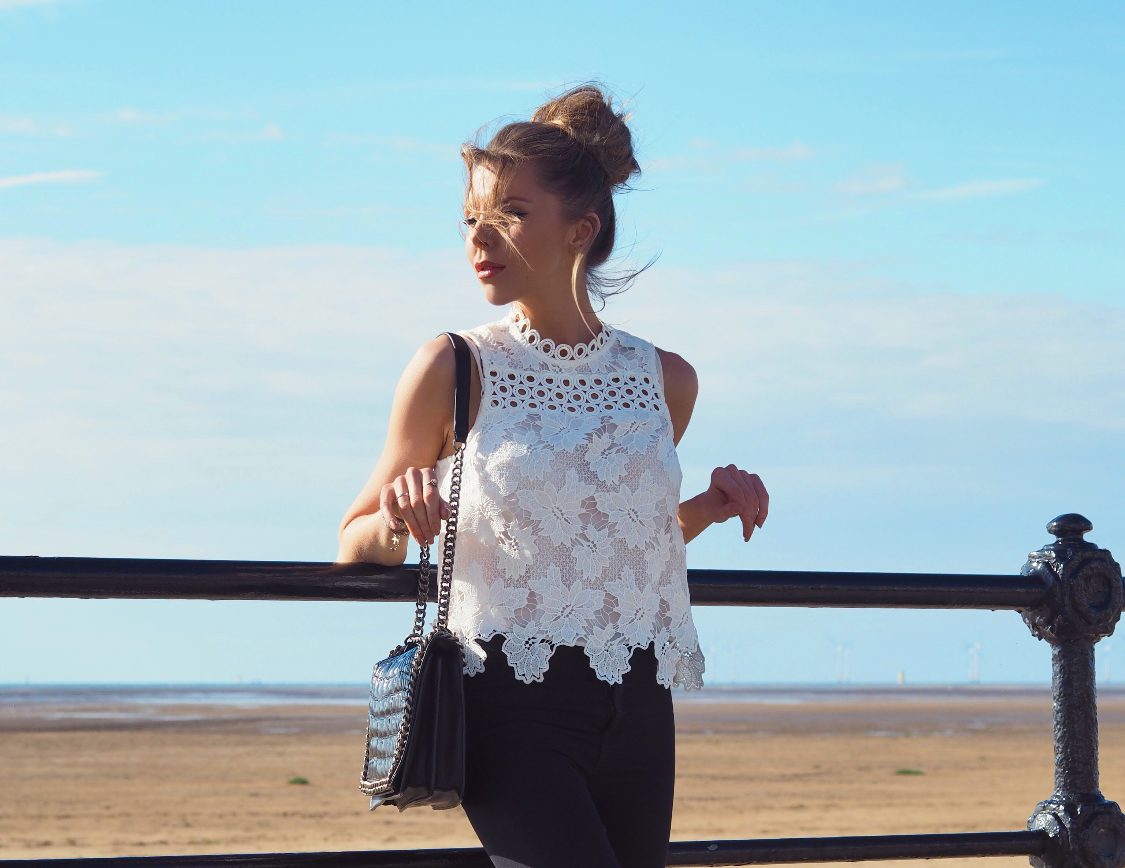 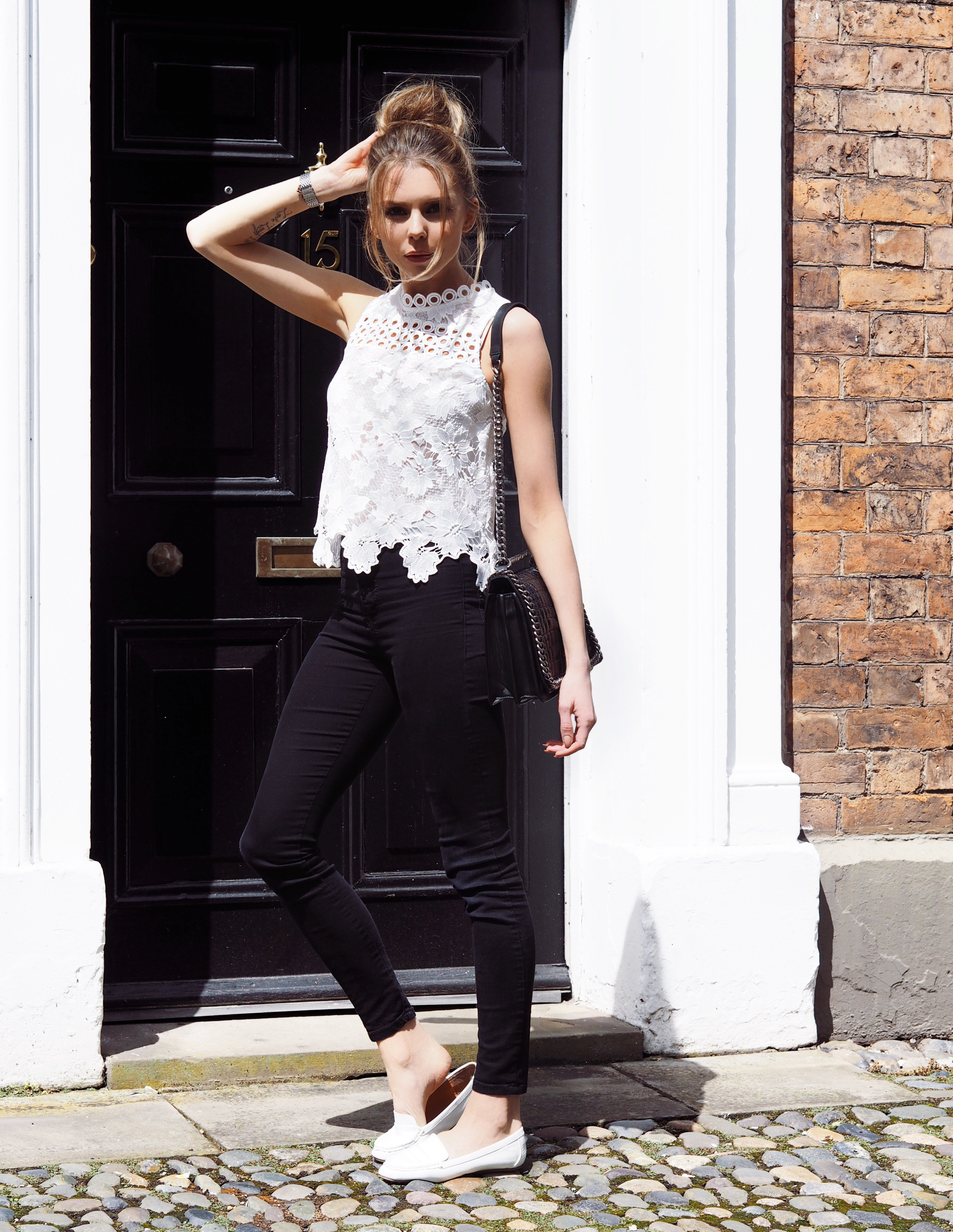 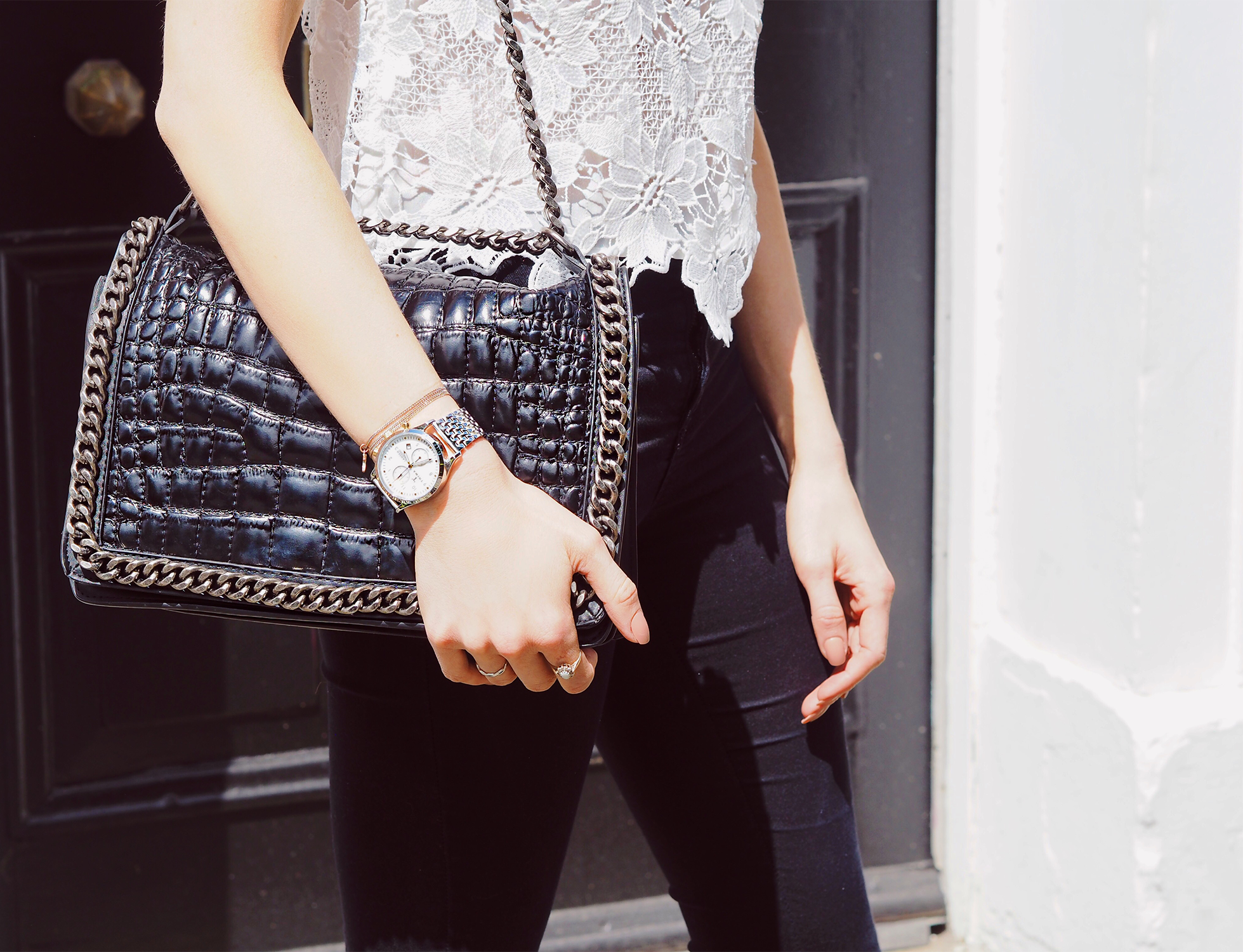 That Black Zara Bag – which I’m sure you’ve seen on every bloggers arm. There is a reason why we like it – it’s the perfect mix of Chanel and Stella McCartney all in one at a fraction of the price. It’s such a good solid bag that is great value for money, so great that Zara have been stocking it for nearly a whole year so you can still get your hands on it. Want to know the best news? You can get a similar mini version in white too! 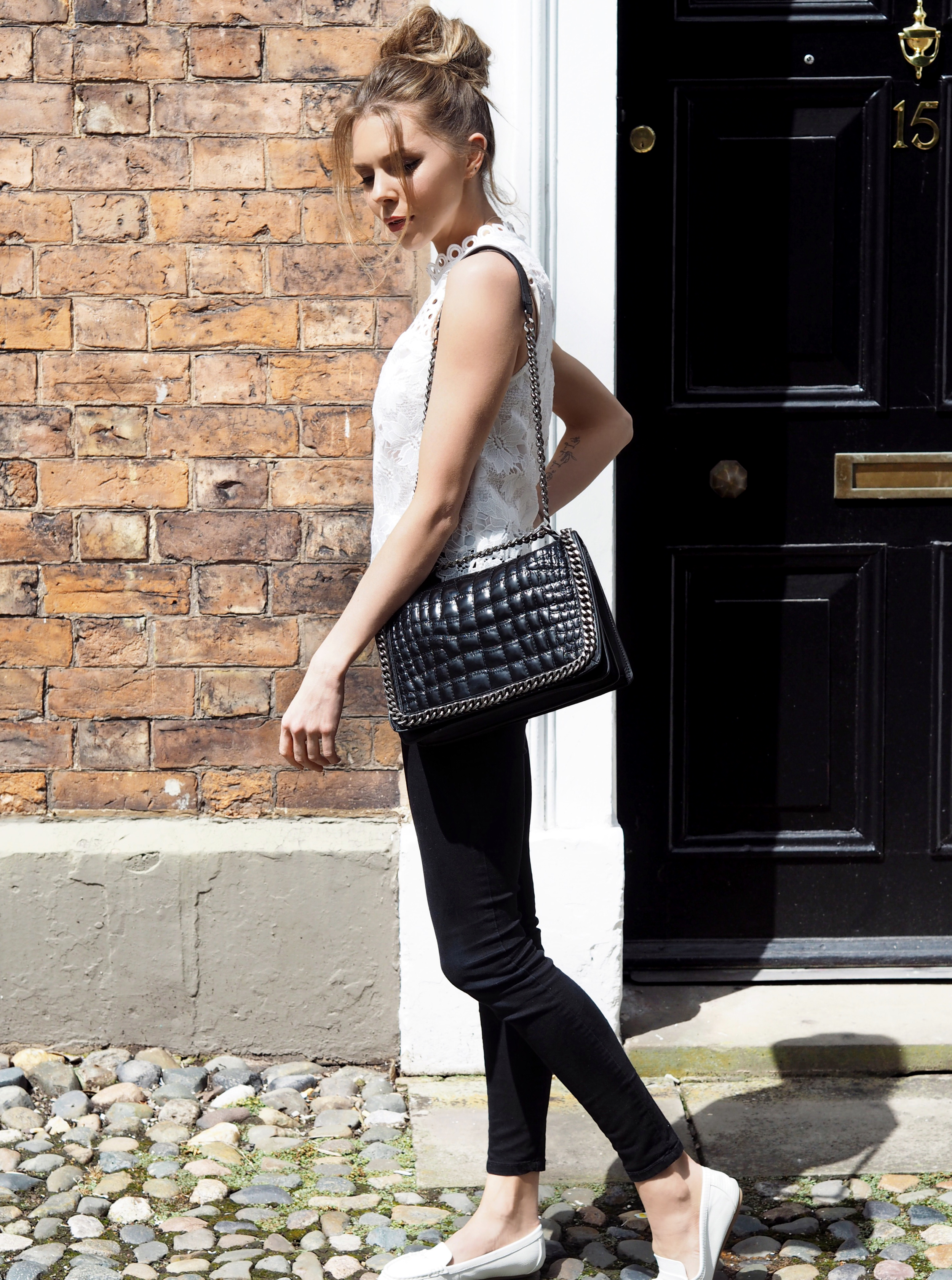 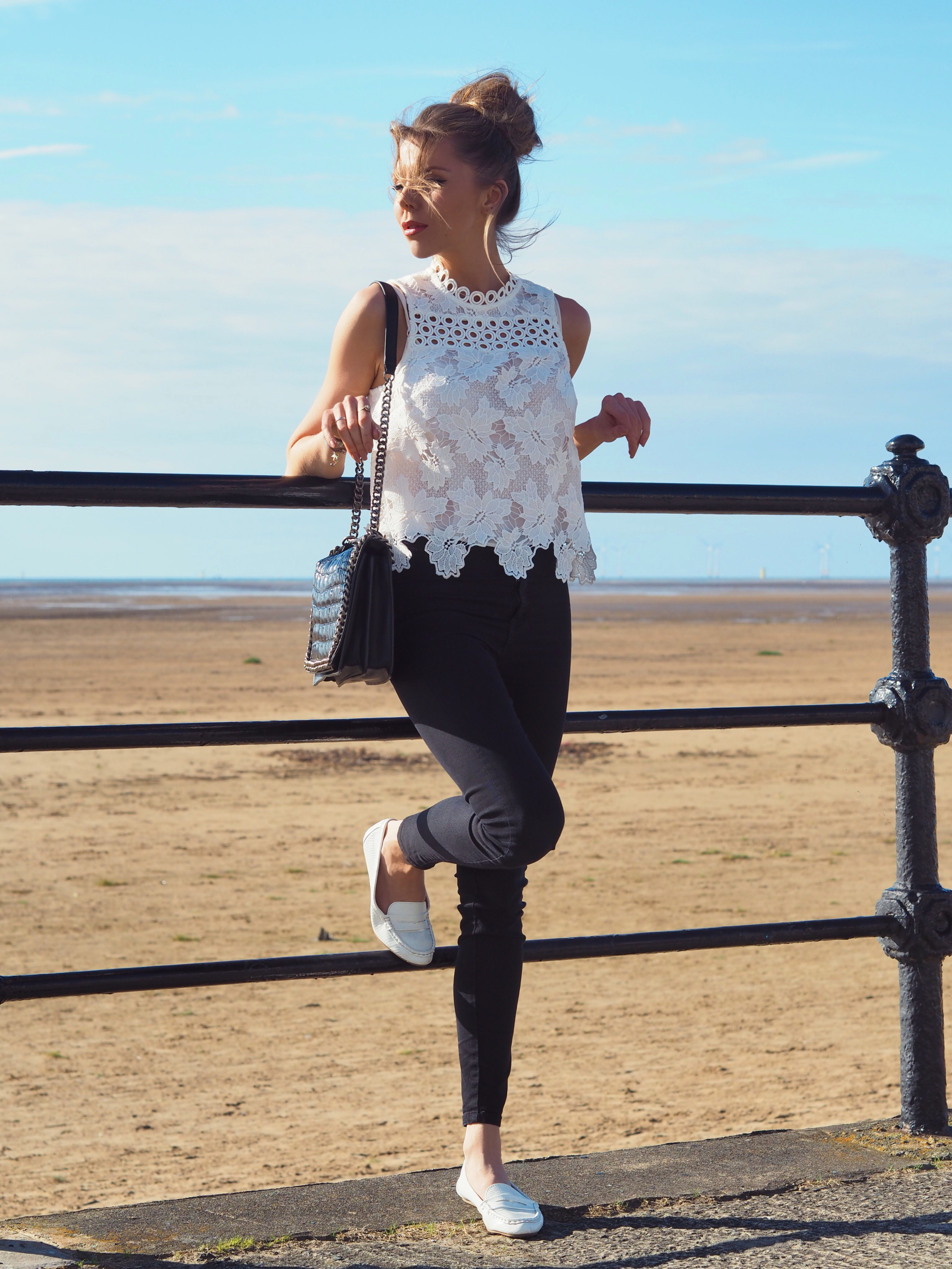 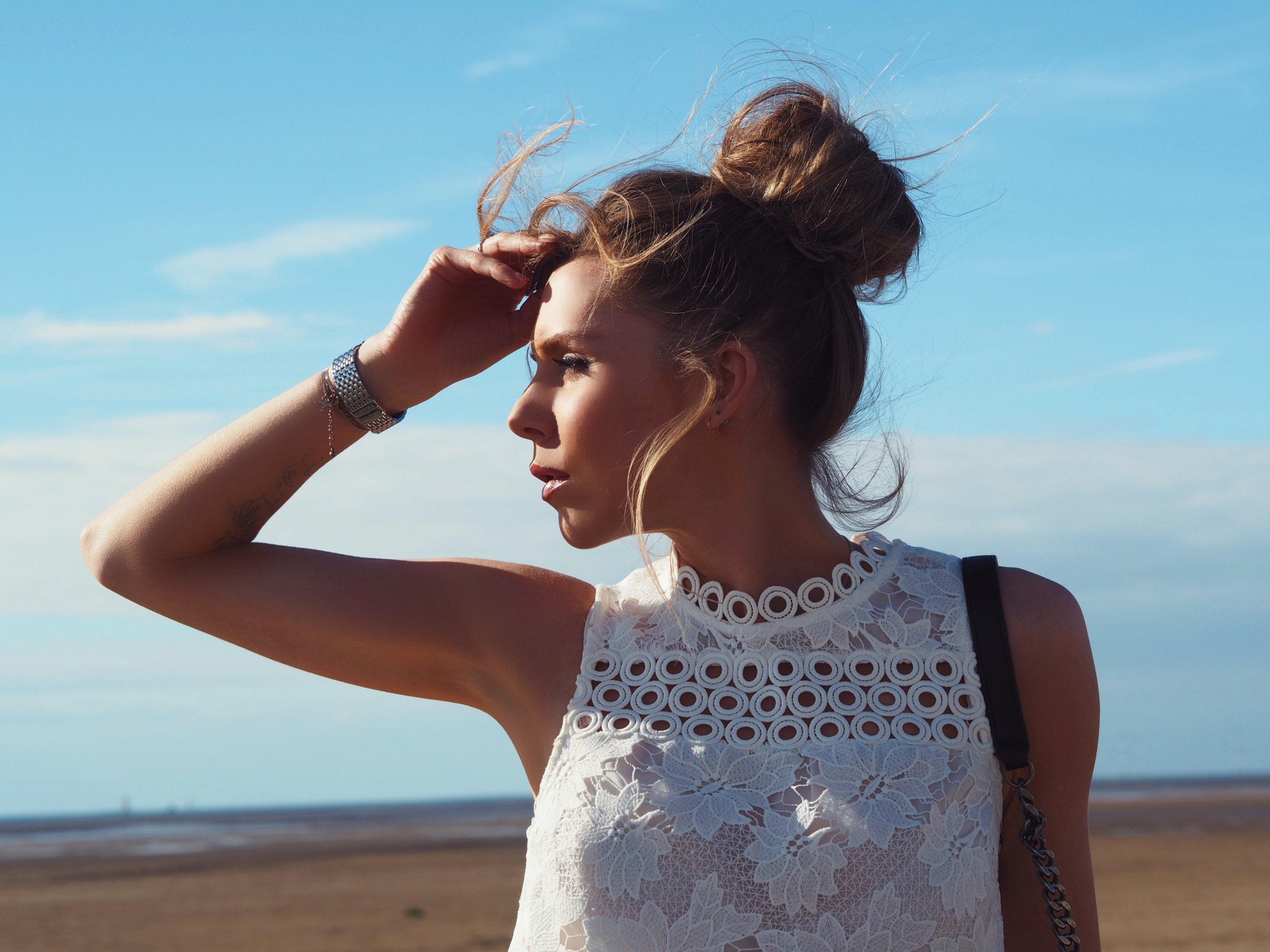