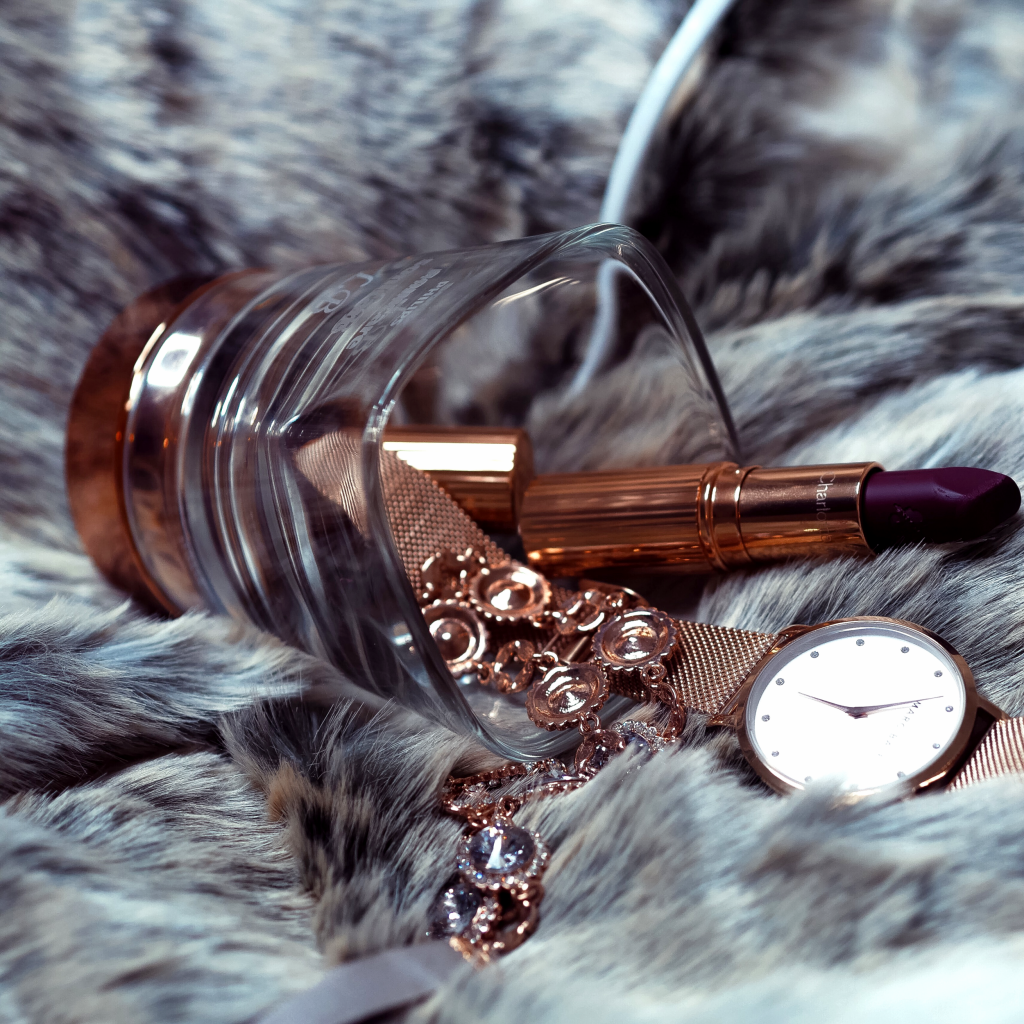 I had braces for six years, YES six years, all the way through high school. So my teeth and looking after them is something that’s very important to me. I do a lot of research into the best products on the market and I actually even plan to get them straightened again in the near future. 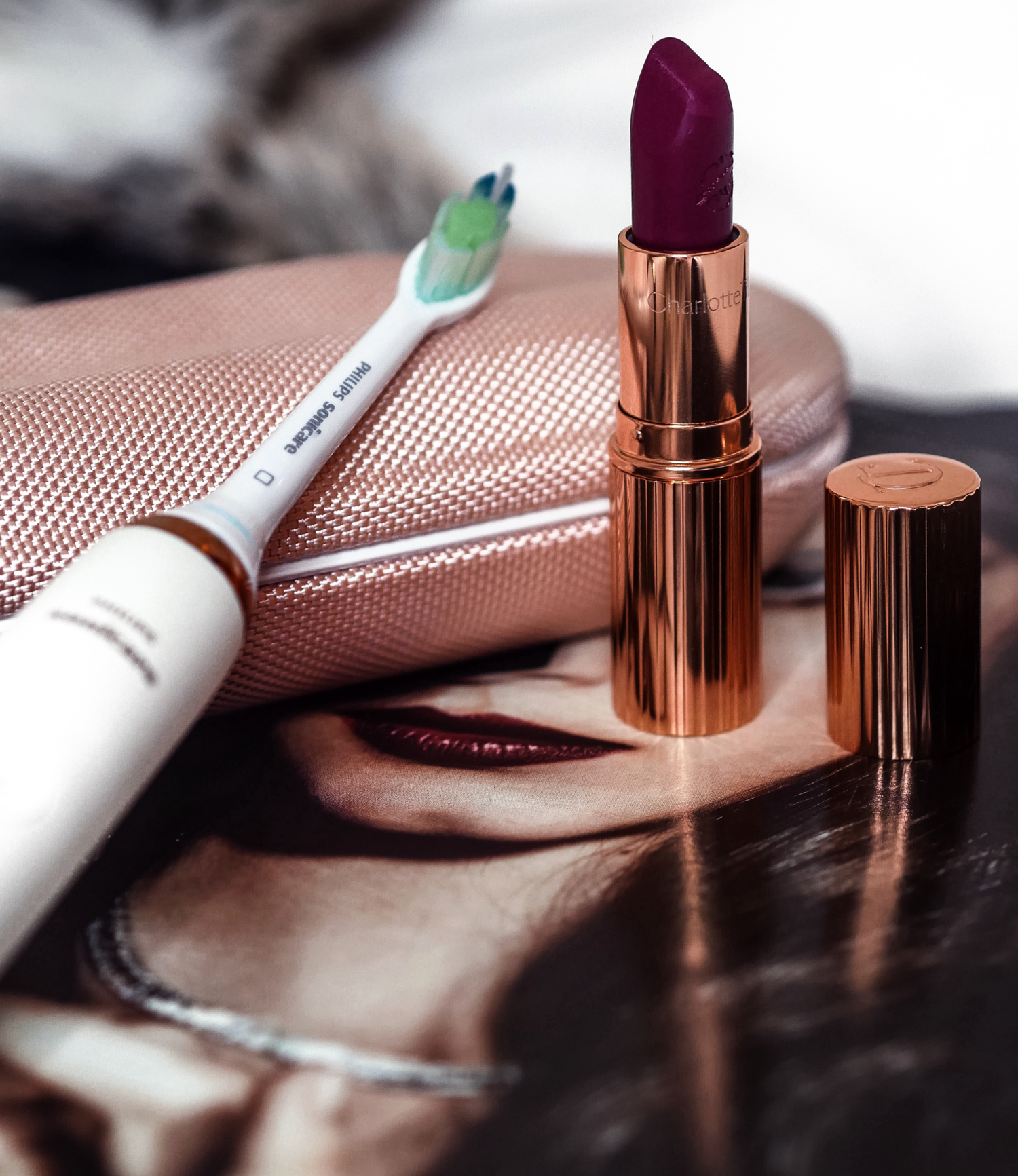 In the meantime working with the right toothbrush really helps care for them properly. Let me introduce you to the Philips Sonicare DiamondClean Rose Gold Edition, aka the most instagrammable toothbrush on the market. Not only is it visually stunning but it’s also been clinically proven to whiten teeth in just one week. So if you’re looking for a white smile in time for Christmas this is definitely worth splashing out on. 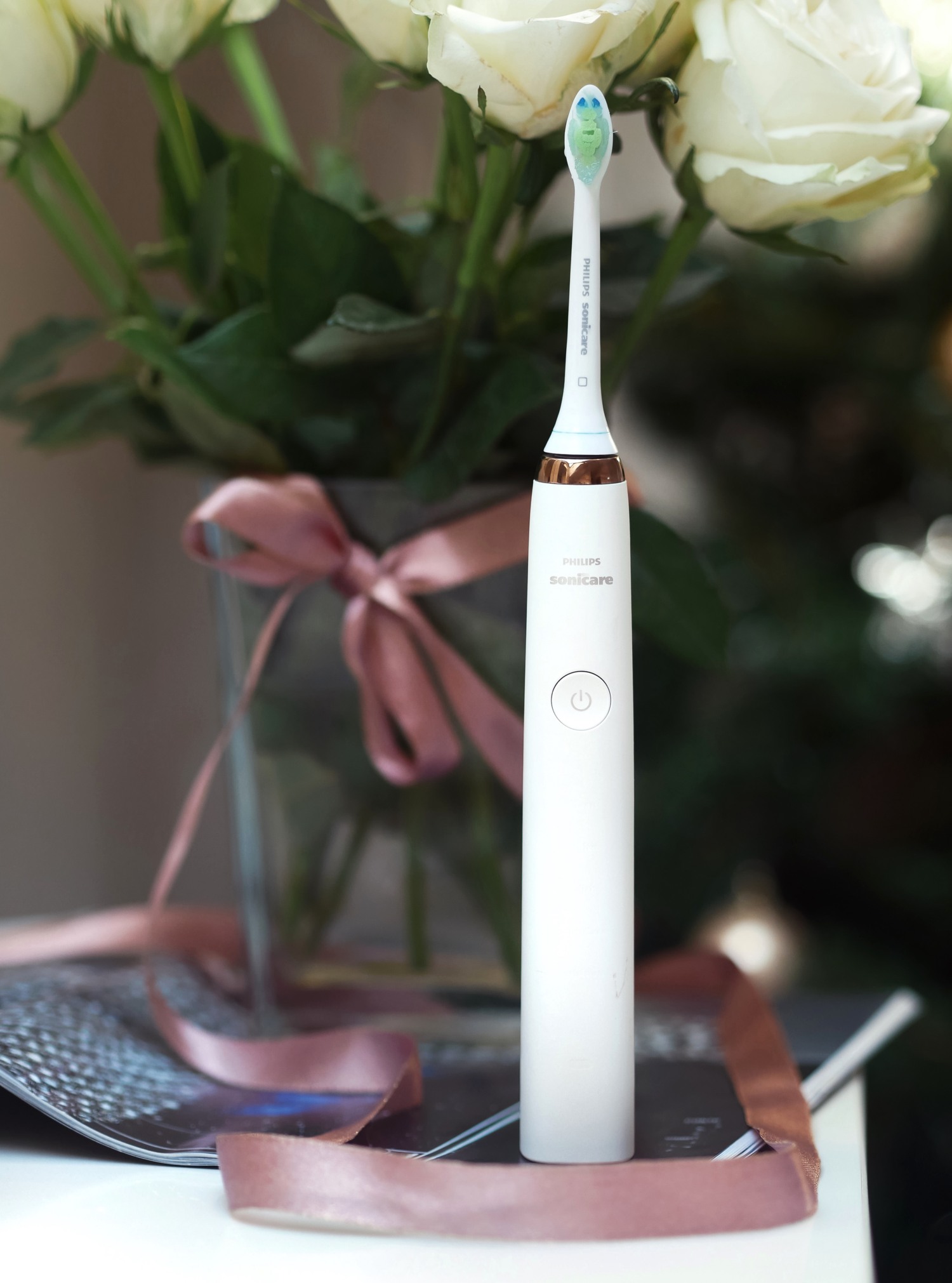 I am a lover of bold lipsticks, in deep purple and vivid reds especially at this time of year. I’m not sure if you’re aware but they say if you’re worried about the colour of your teeth you should avoid vivid colours such as red at all costs. 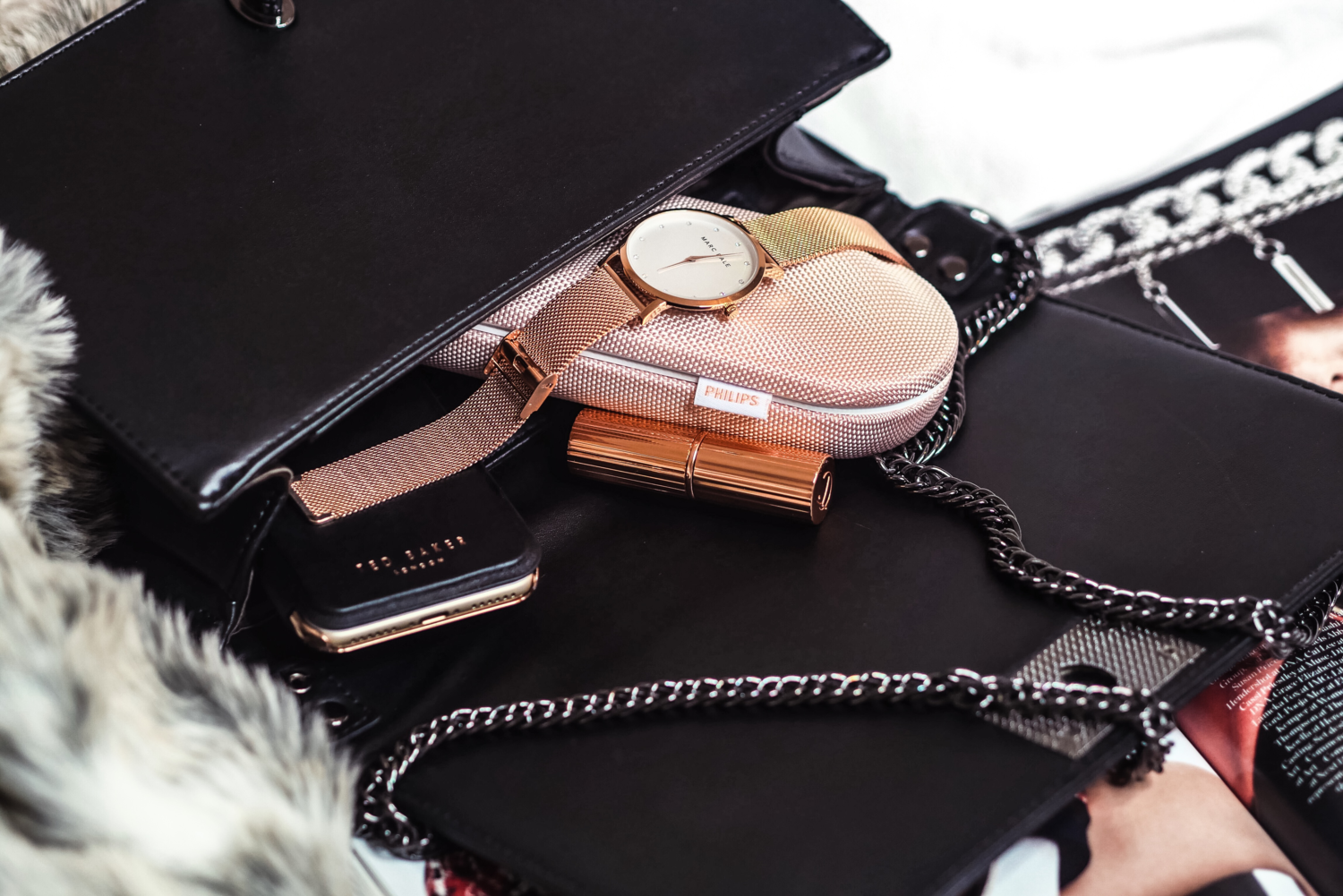 After using this toothbrush for approximately one month I have no qualms reaching for my Charlotte Tilbury lipstick in the shade Hel’s Bells, unafraid of the statement colour. 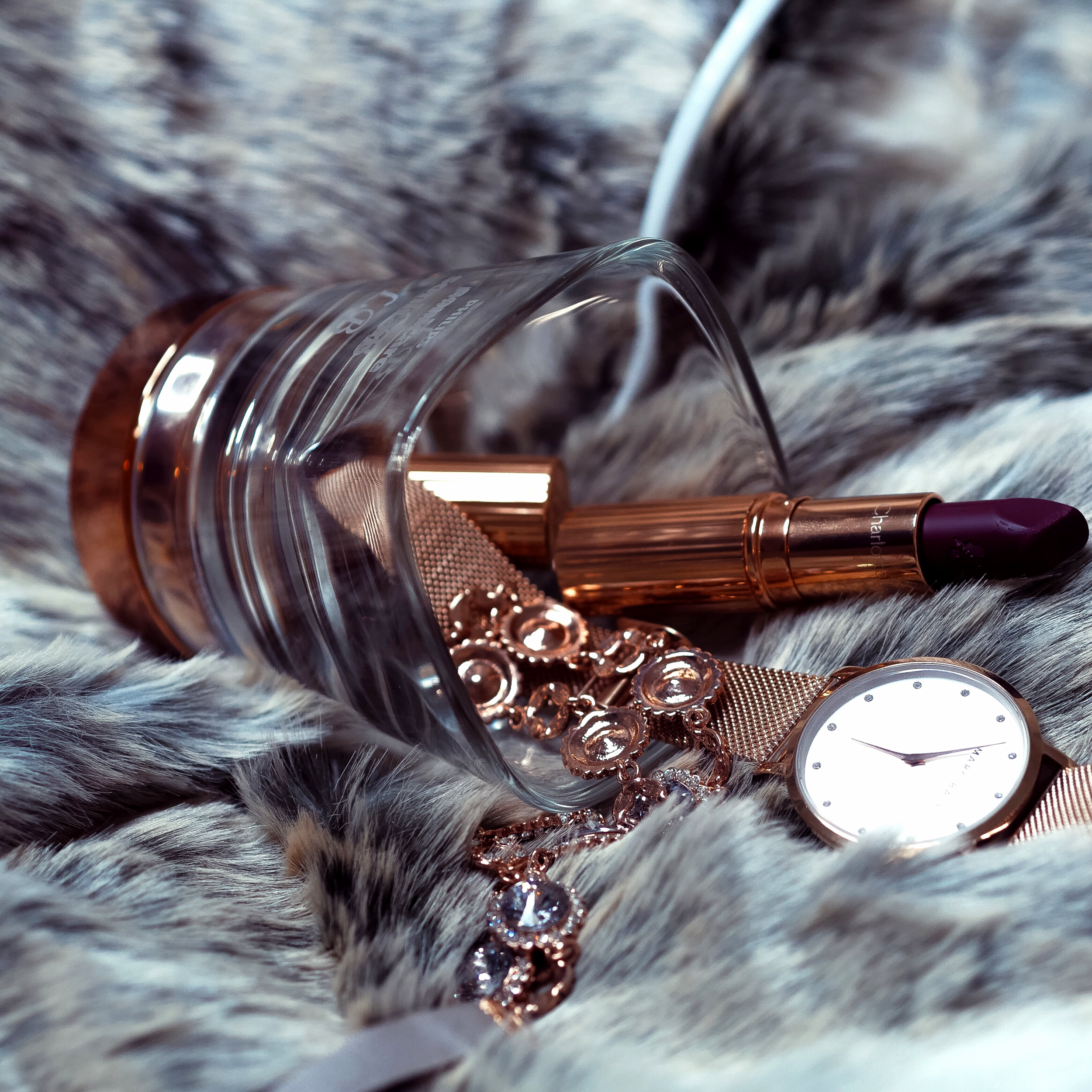 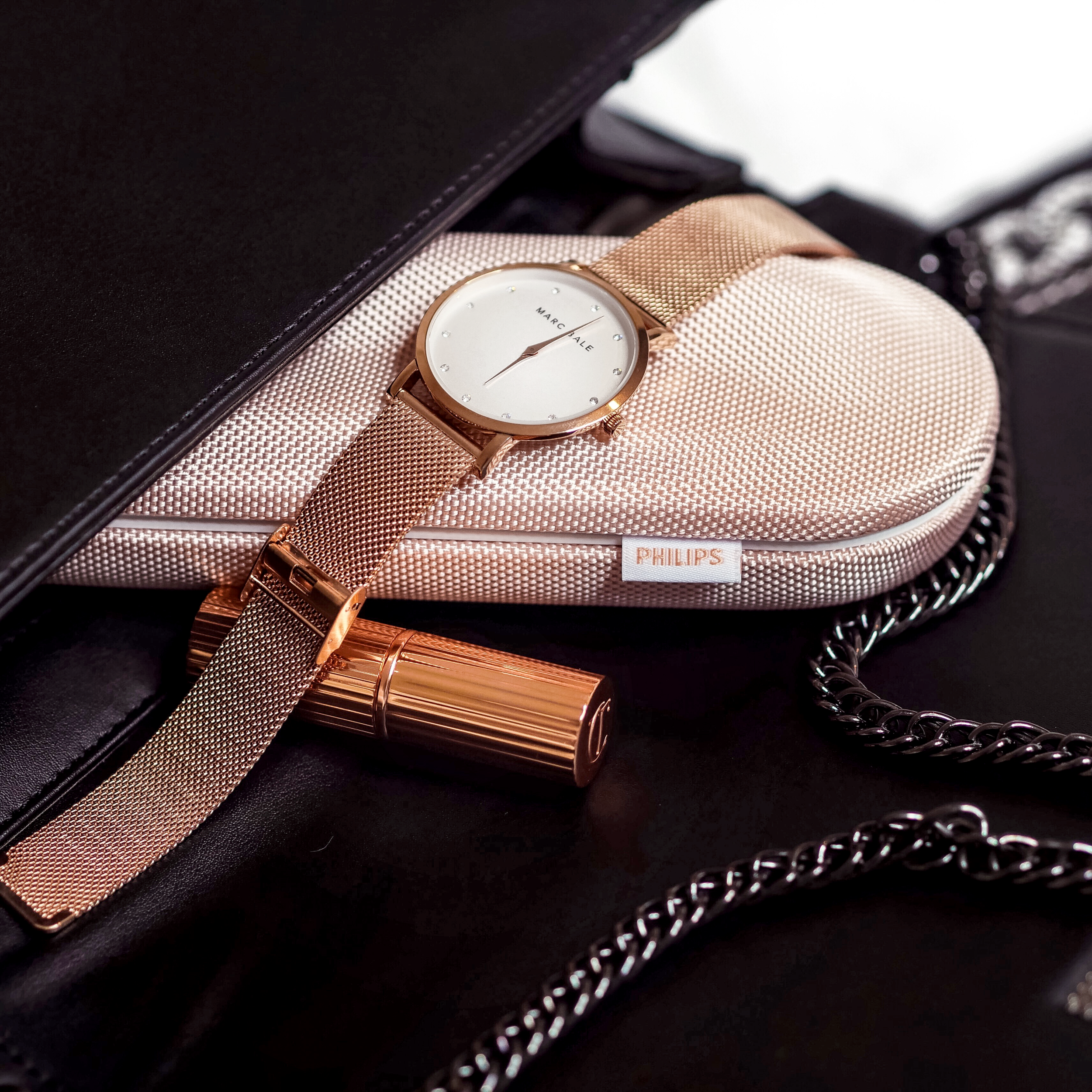 The DiamondClean toothbrush is clinically proven to improve gum health in just two weeks and removes up to seven times more plaque than a manual toothbrush. It even has an interval timer that indicates when you have completed each quadrant of your mouth and signals for you to move on, resulting in more consistent cleaning throughout your mouth. 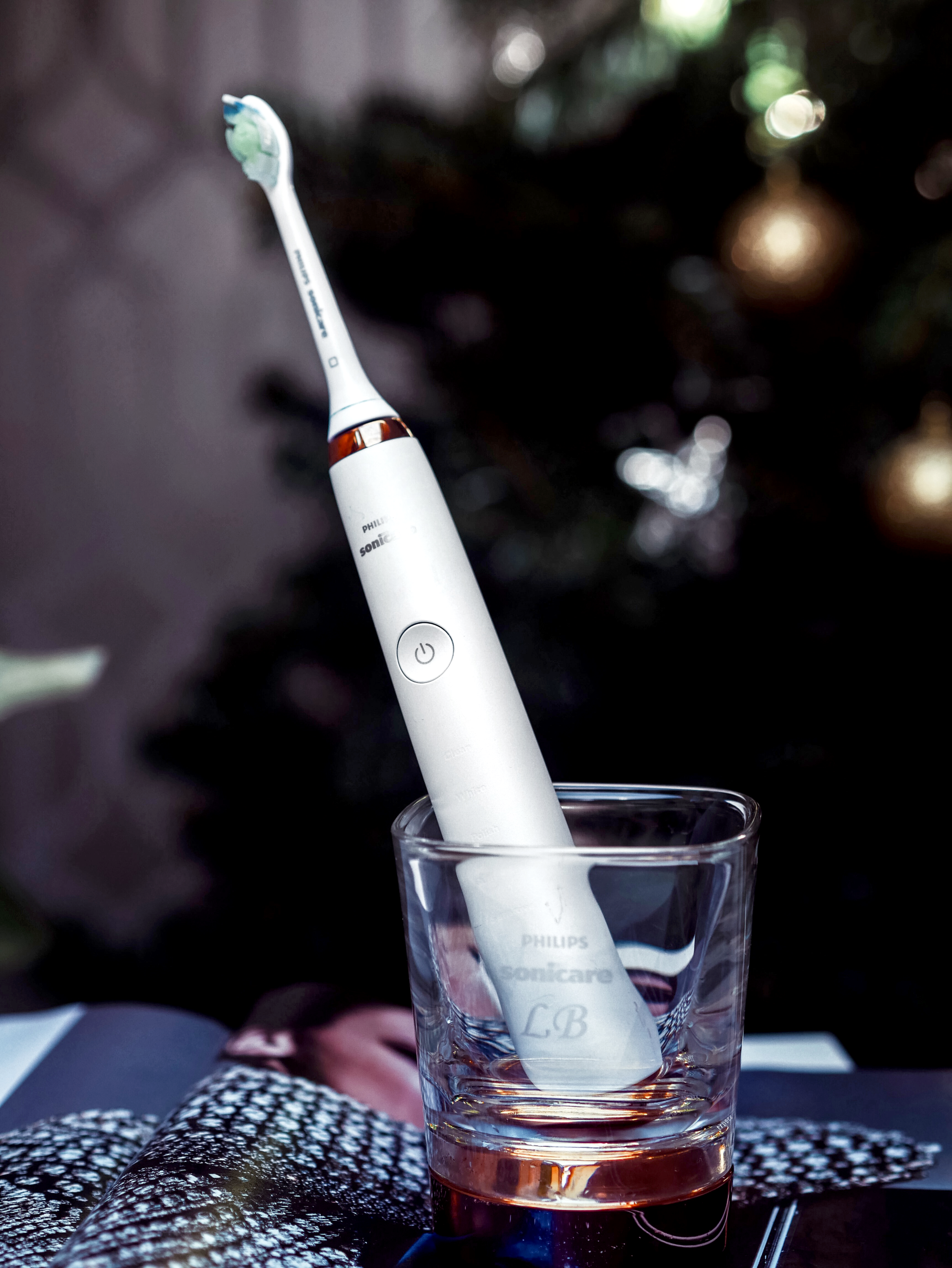 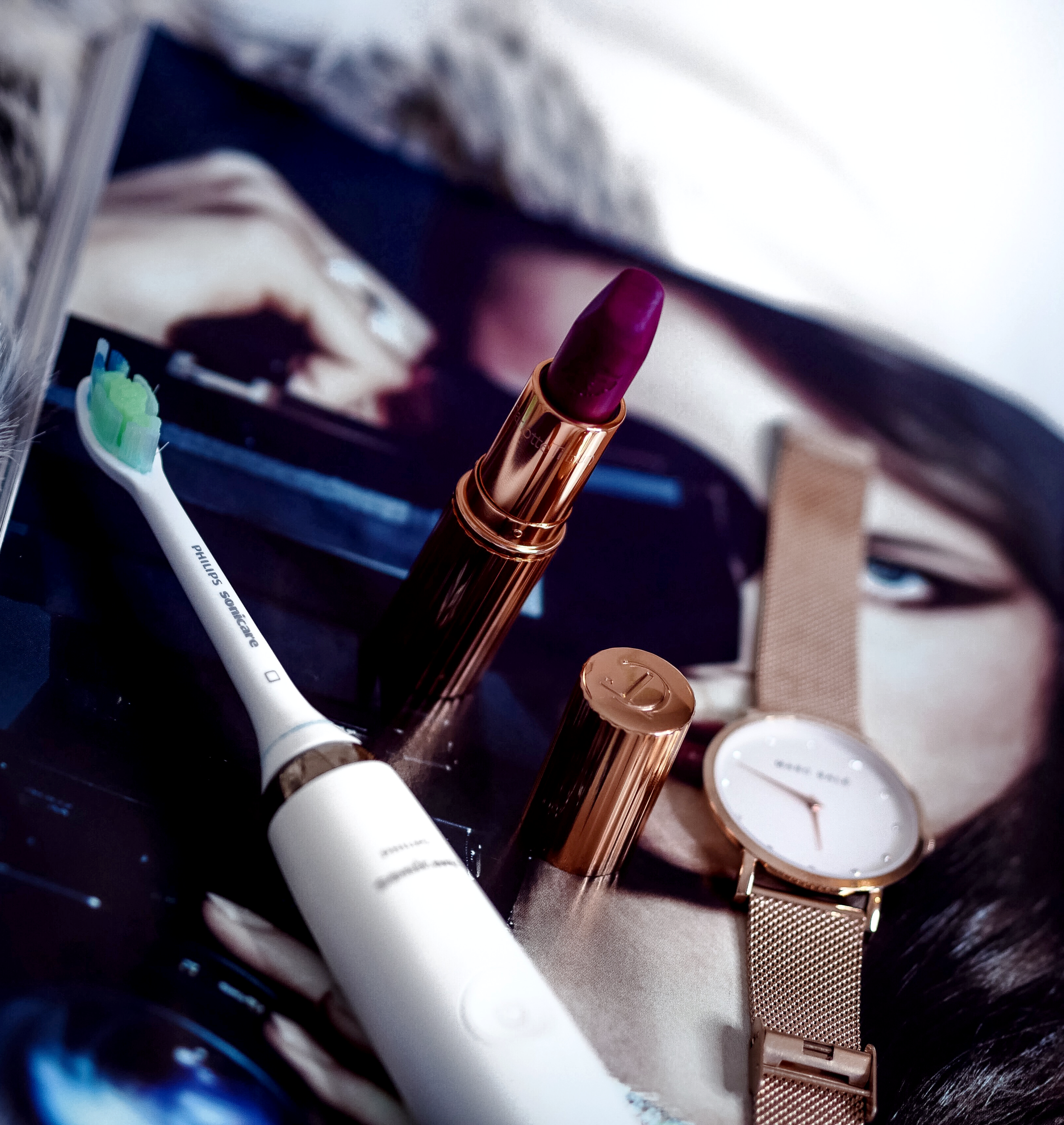 My favourite part is the travel case which I can ensure will appeal to anyone with a rose gold fetish this Christmas. You can even charge your toothbrush from the travel case, which connects to your laptop via USB or can be charged by wall socket. Perfect for those who travel a lot or always on the go! You can also charge by simply placing it in the rose gold glass, which is so much prettier than the standard electric toothbrush. 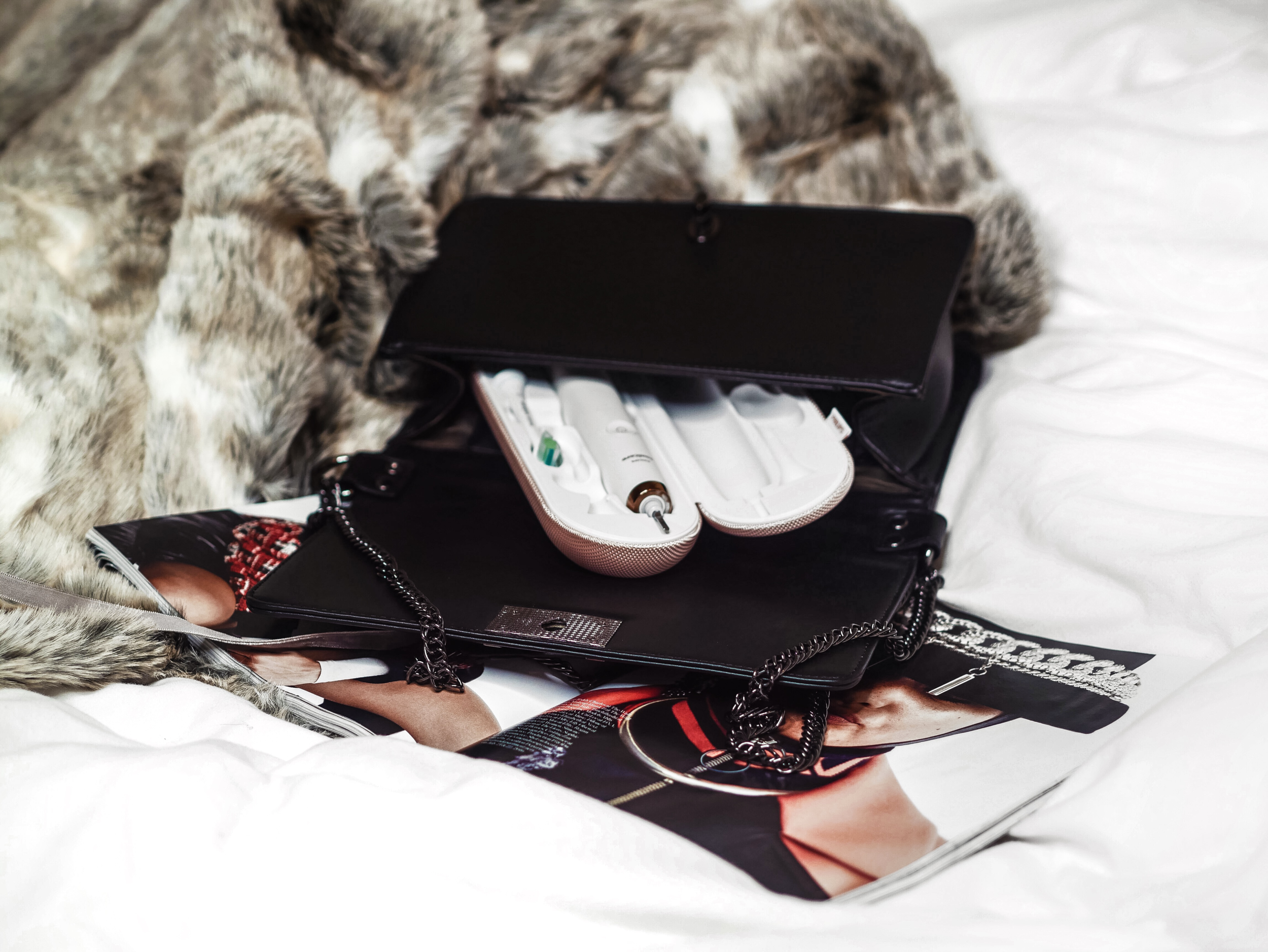 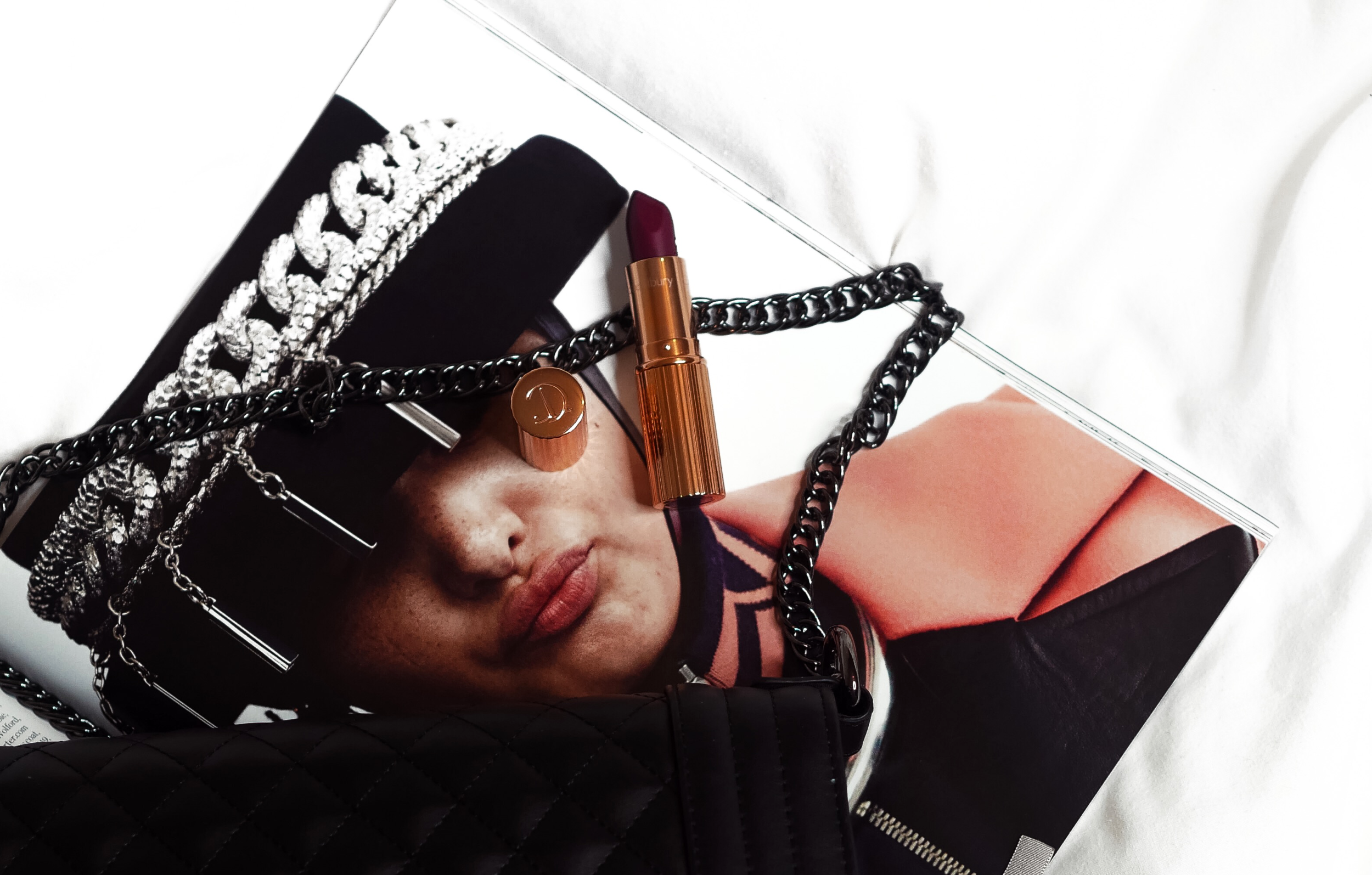 The product comes with five brush modes, ‘clean’ to remove plaque, ‘white’ to remove surface stains, ‘polish’ to brighten teeth, ‘gum care’ to massage gums and ‘sensitive’ which is ideal for users with sensitive teeth and gums. 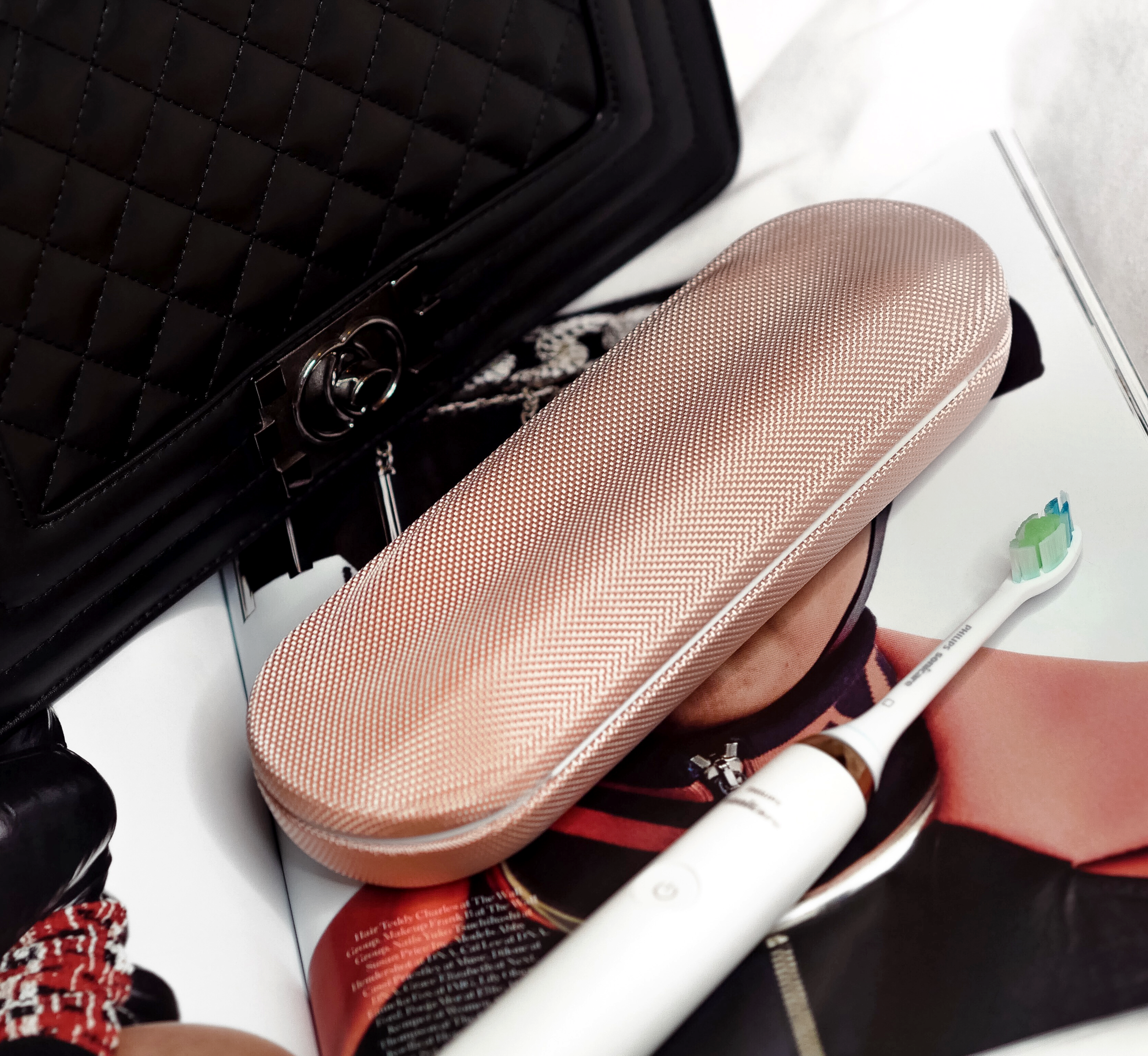 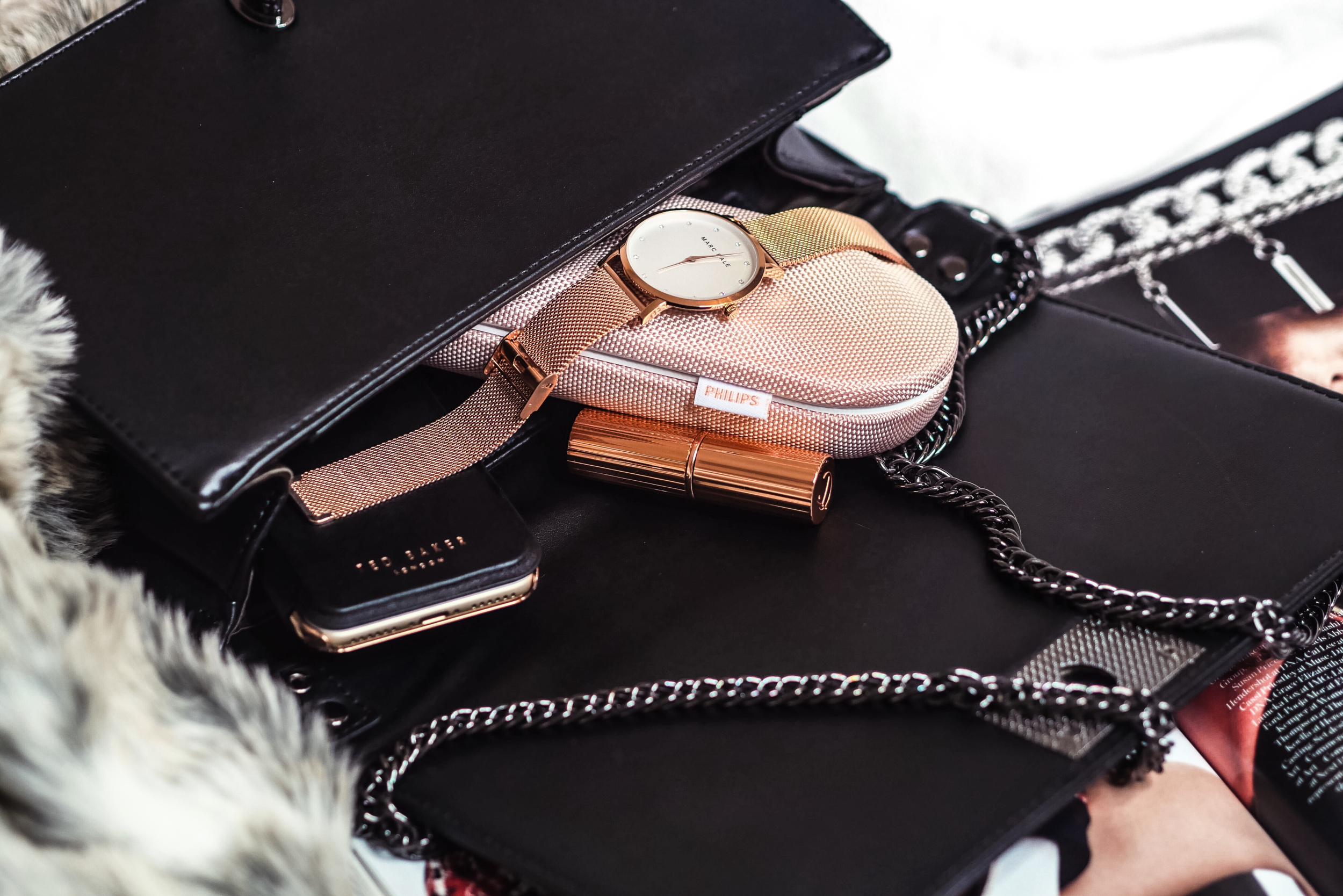 Men are so hard to buy for and I thought this would make such a great gift as it’s not necessarily something they would buy for themselves but they would use it every day. You can get it in five different shades and personalised with their initials on. For the ultimate personalised gift this Christmas, between the 18th November – 14th December selected Boots Emporium stores will be engraving the charging glass for just £3.00. The product itself it priced at £270, for more information about the Philips Sonicare DiamondClean Toothbrush click here. 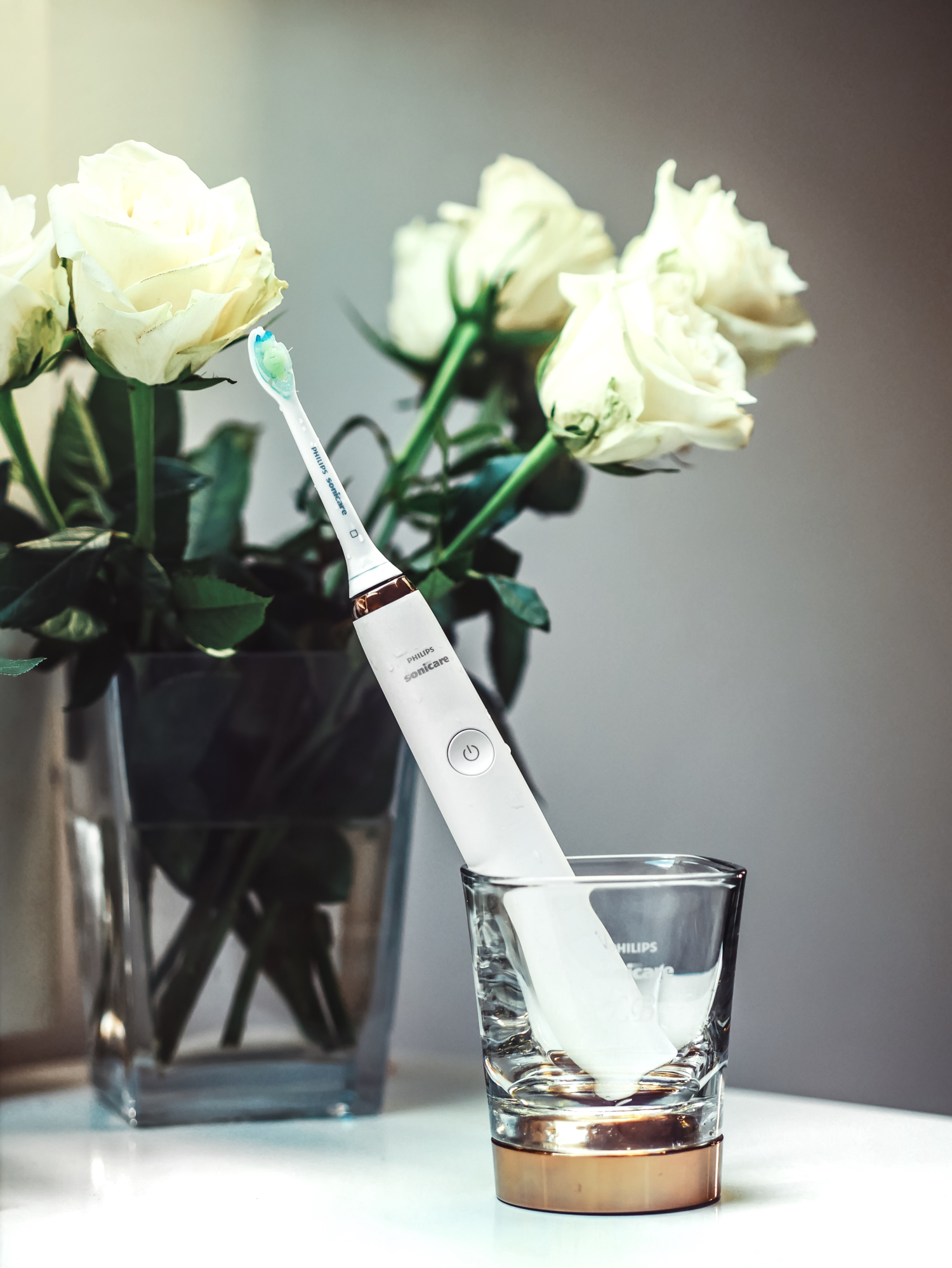 *This post is in collaboration with Philips Sonicare but as always all thoughts, opinions and creativity are my own.